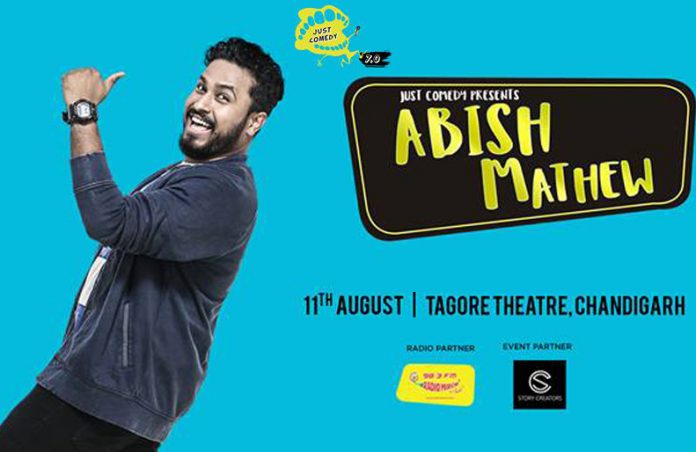 This time around its ABISH MATHEW himself coming to Chandigarh to give us belly-curls with his impeccable rib-tickling humour and his signature charm.

Thanks to Just Comedy, for bringing him here.

For those poor souls stuck in the rut and do not know him, let me bring some silver-lining into their mundane life.

Fondly called India’s own Jimmy Fallon, Abish is country’s one of the most versatile comedians. His stand-ups are littered with his ‘original songs, silent enacted one-man sketches, improv’ that everytime leads to laughter riot.

For those who just said that:

Apart from this, Abish has performed with Weirdass Comedy, The Papa CJ Comedy Company and East India Comedy and his much loved talk-show ‘Son of Abish’↵.

Just Comedy is North India’s first and only comedy festival.

Providing a brand new platform to redefine stand-up comedy, Just Comedy curates a series of events that brings a different performer line-up each time, clubbed with heaps of fun and laughter just for you.

PECFest Wraps up its Virtual Safarnama Leaving us Wanting More

The Ever Exciting PECFest is Back with Thrilling Virtual Twist