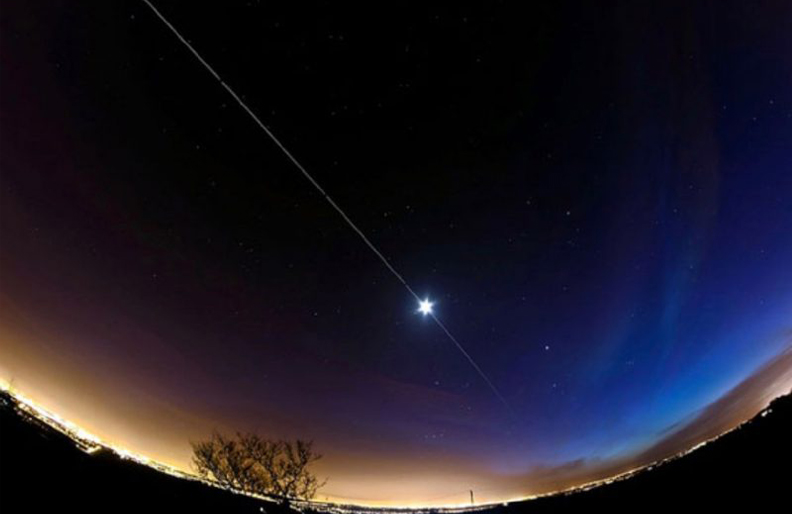 The cosmic world has always tickled in each one of us the child-like inquisitiveness and fascination. Occasionally, the atronomical bodies has made their appearance before us leaving us in awe and wonder to the majestical universe we are a part of. What happens if a man-made heavenly body joins the crew and waves us from the sky above our own city?

NASA’s International Space Station (ISS) is hovering above Chandigarh these days. According to NASA’s Spot the Station, the space station will be in sight in Chandigarh till December 2, 2016. It can be witnessed as a bright glowing star passing at a significant speed.

Spot the Station has maintained that the following ISS sightings are possible in Chandigarh from Friday Nov 25, 2016 through Wednesday Dec 14, 2016:

The ISS revolves around the earth at a distance of just 400 kilometers and at a speed of at 8 km/second. That makes 15 revolutions around the earth in a day. Due to its closer proximity to the earth, it can be seen in naked eye. Earlier this month November 2, 2016 marked 16 years of humans living and working continuously aboard the International Space Station (ISS).

Earlier, the ISS had made the people in Shimla ecstatic when it smiled in the evening sky there.

If you happen to see a fast moving light in the sky, don’t be mistaken to ignore it as an ordinary aircraft. It can be the International Space Station!