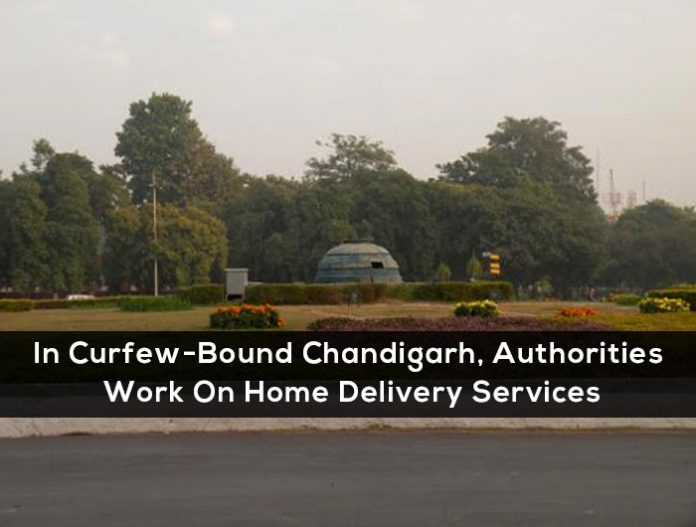 In light of ongoing curfew in Chandigarh, Chandigarh administration on Tuesday decided that some essential items will be supplied to residents door to door so that inconvenience is reduced as much as possible. As per Adviser to the UT Administrator Manoj Parida, they want people to stay indoors. Since there is sufficient stock of ration, vegetables, medicines, etc., so there was no need to worry at all.

As part of the food delivery plan, Adviser to the UT Administrator Manoj Parida announced the following:

Upon the personal intervention of the Governor himself following a request of the city administration, the central government took the action.

Meanwhile, city residents kept to their homes as the curfew came into force on the intervening night of Monday and Tuesday. Police officials in large numbers were on duty to implement the orders.

As per an order issued by Chandigarh’s Home Department, keeping in view the emergencies due to the outbreak of COVID-19, the cricket stadium in sector 16 and the sports complex in Manimajra have been declared as temporary jails till prohibitory orders remain in place.