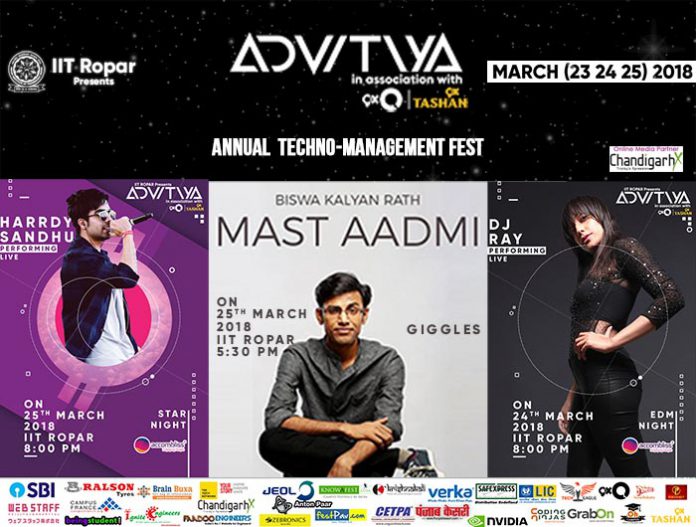 IIT Ropar’s Advitiya is already creating waves across the region. The super tech games and contests already underway and finale war of smart brains to win the coveted prizes during the three-day event, not just techies but everyone is just gripped. And if the mind games were not enough, there will be inspiration and kick ass entertainment.

Here’s the list of the celebrities who are going to share a piece of their lives to give us the confidence to dream and soar high. 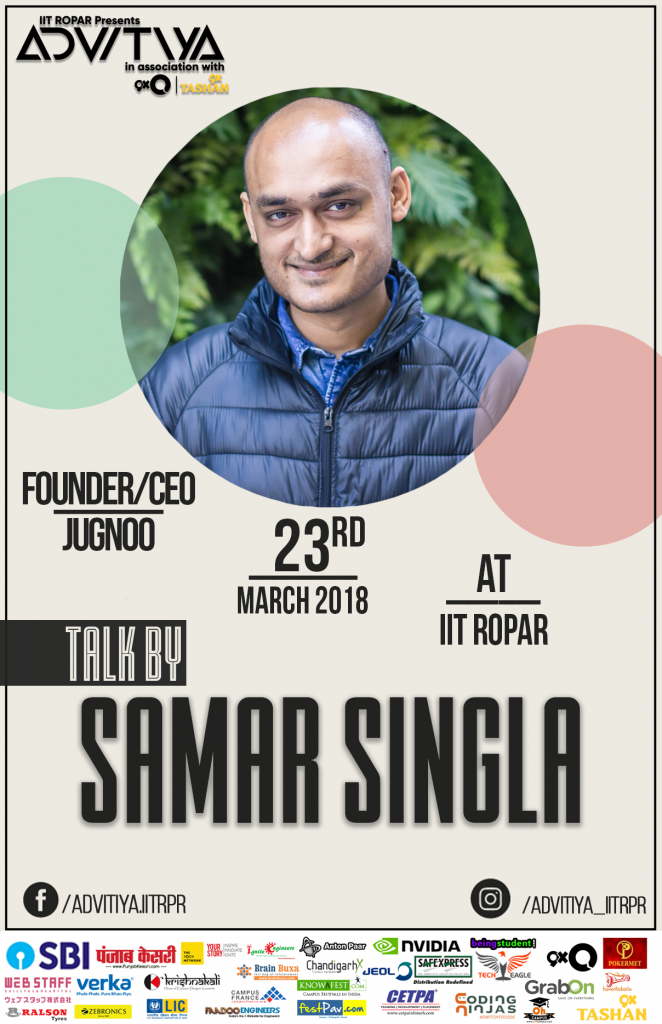 He has re-launched into hyper-local, an area-specific category that has spelt the death for many an Indian entrepreneur. He claims to be making profits from day one, and will stop the day he doesn’t. While people know him primarily as the co-founder of an auto-hailing business, he’s planning something else on the sidelines. 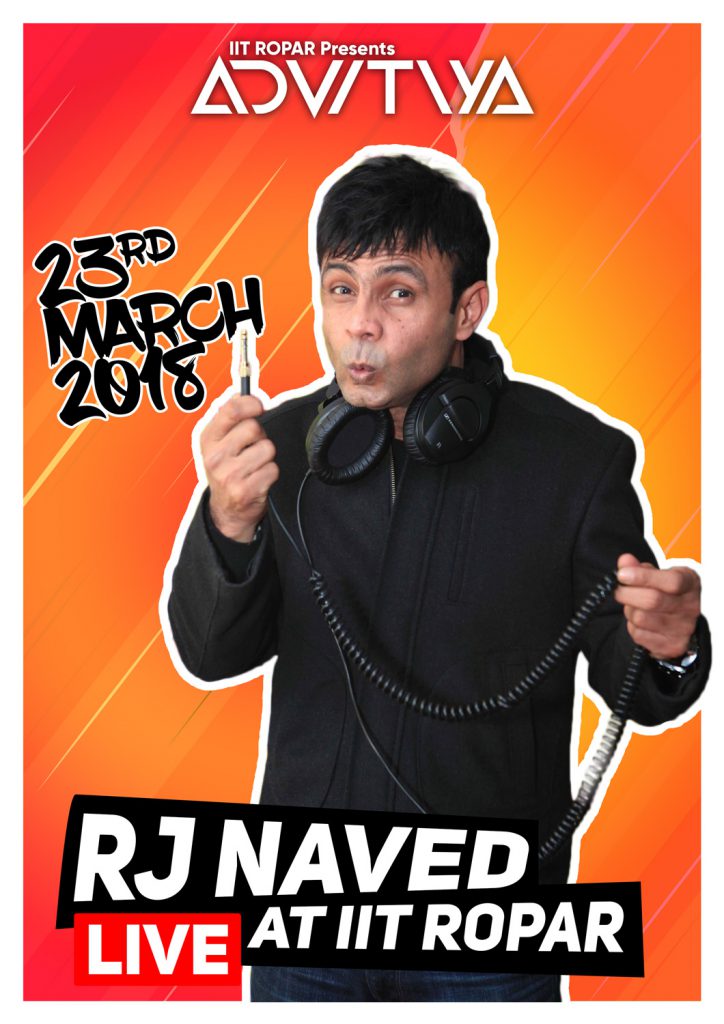 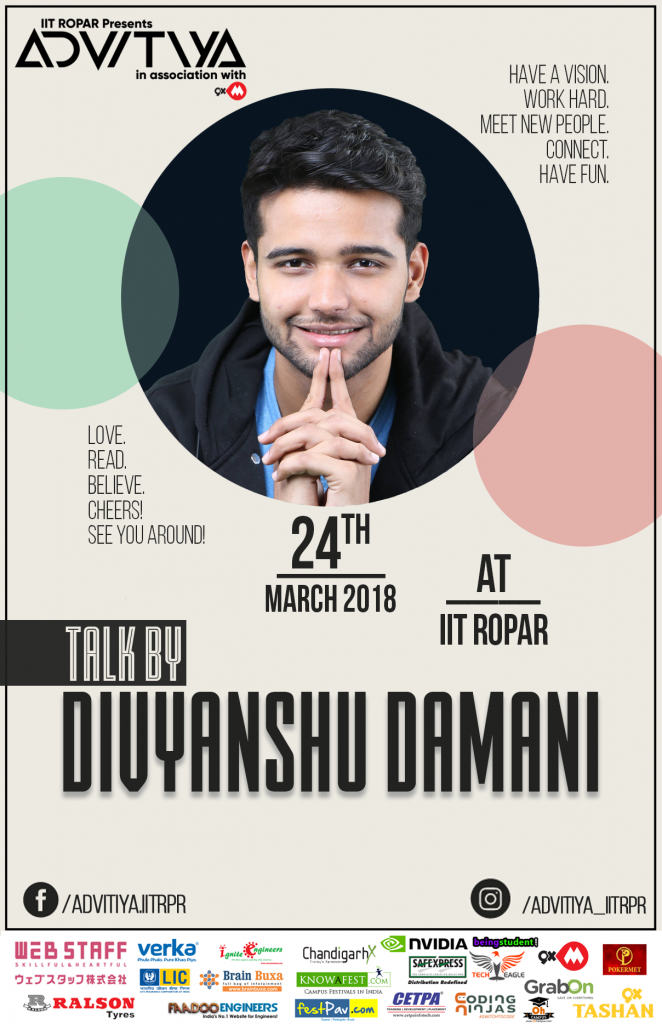 A 22 year old young social media influencer, Divyanshu believes in creating a sense of positivity among the masses. It is the positive & value adding content he creates, that has fetched him over 190K+ followers on his social media handles. He has been invited to and spoken for platforms like TEDx, Josh Talks & institutions like SRCC, St Xavier’s College, Kolkata & IIT Jodhpur to name a few. He has shared the panel with immensely significant panelists from all over the world like Mr. Subrata Mitra(Forbes top 100 global investors with the Midas touch); Mr. Ankur Khanna (CFO at ICC); Mr. Gaur Gopal Das (Iskon leader); Mr. Krishna Tammi Reddy (Partner at 50K ventures). Recently in January 2018, Divyanshu had created an experience for the audience at his first ever Live Show as an individual artist – Ekstasis, go beyond, discover yourself; with 500+ attendees.
Divyanshu has also founded a value adding content sharing platform on Facebook as The Soch Network which has 45Mviews and is followed by over 400K followers.

How can we miss laughter dose? 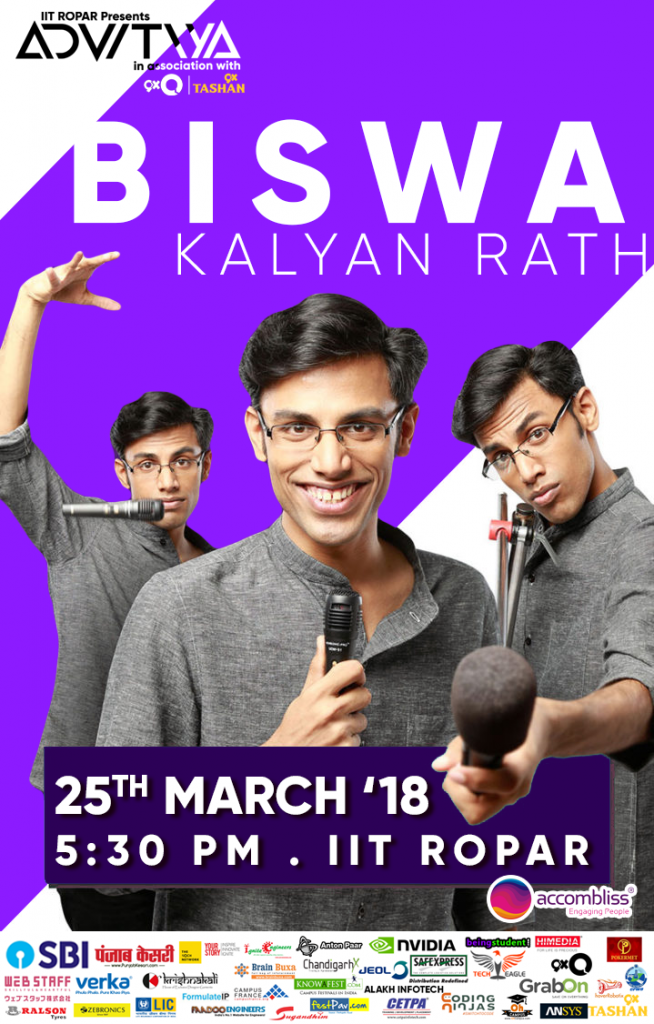 It’s going to be a genocide when he arrives because we’re told that he kills it every time the mic is in his hand. Biswa Kalyan Rath will put your funny bone to the test so either grab your pass or take a pass. Bad pun? 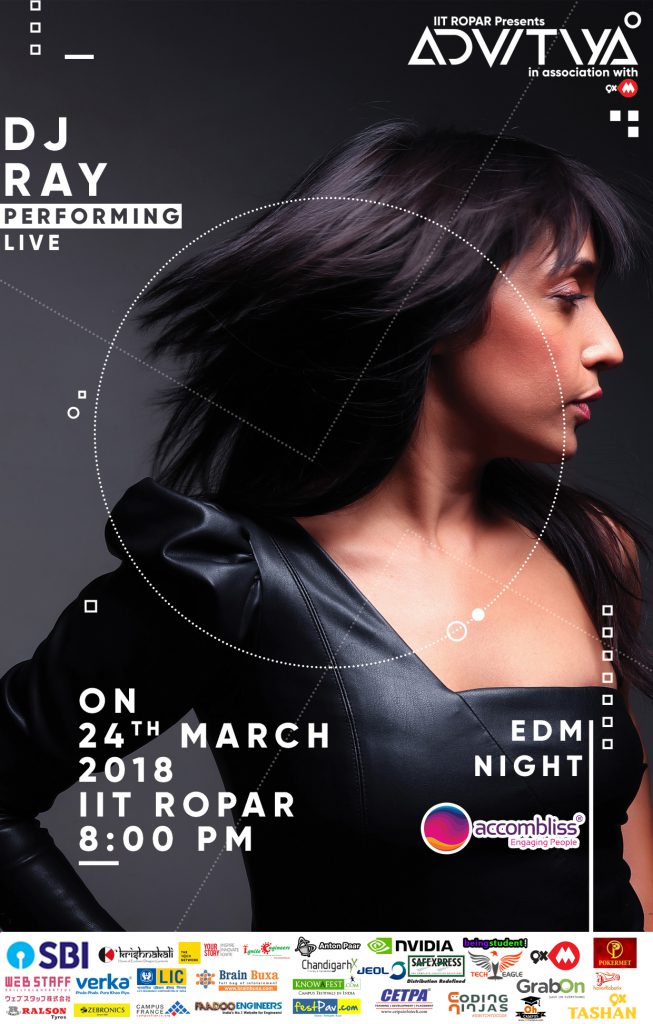 Through her diversified style of mixing; infused with spectacular transitions of various elements from Deep, Tech, Techno to Progressive Electro House, shifting night’s mood from time to time and keeping a connect with dance floor’s vibe throughout her performance, RAY has earned a reputation of an interestingly stunning act.She molds each performance to suit the mood of her audience, hence her style neither is inspired nor has influence of any renowned artist. 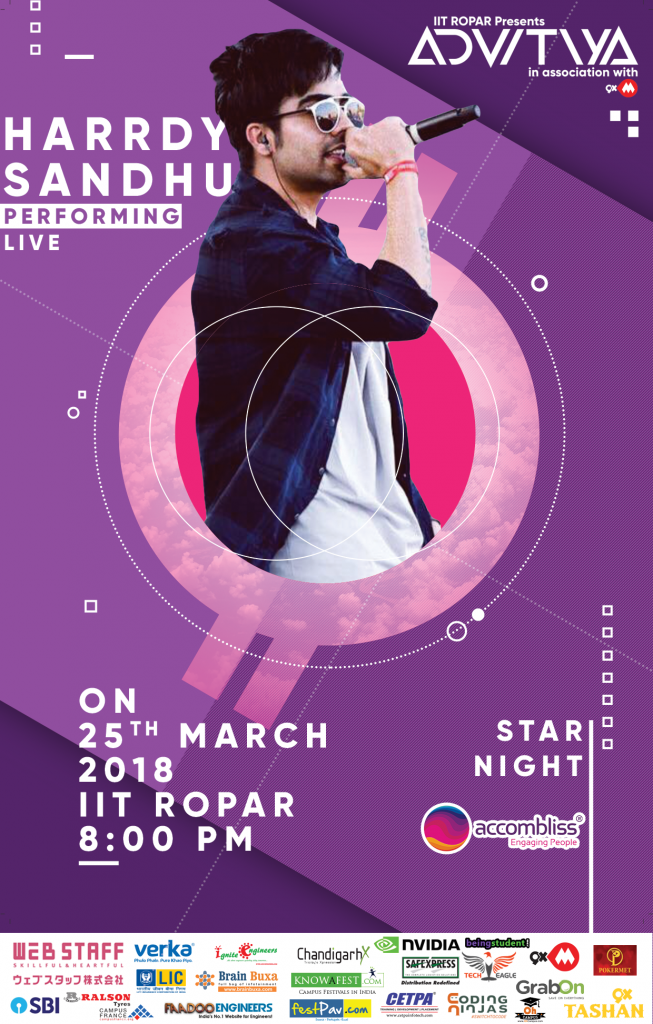 Harrdy Sandhu is a singer and an actor. His first notable song was Soch, and his debut movie was Yaaran Da Katchup. Sandhu’s profile was raised when Akshay Kumar decided to remake Soch for the movie Airlift. His songs Soch and Joker won the most popular song of the year award from Punjabi Music Awards in 2014 and 2015 respectively. Yaar Ni Milyaa and Naah have got 55M and 172M views on youtube respectively.

MORE DETAILS: A Technical Extravaganza is Waiting for You at IIT Ropar – Advitiya 2018