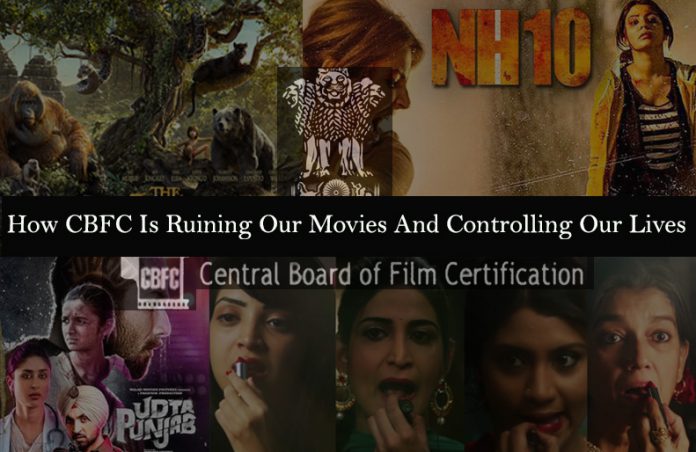 The Central Board of Film Certification (or the Censor Board) is a statutory censorship and classification body under the Ministry of Information and Broadcasting, Government of India. It is tasked with “regulating the public exhibition of films under the provisions of the Cinematograph Act 1952”. Films can be publicly exhibited in India only after they are certified by the Board, including films shown on television.

Our beloved Censor board has been in news for it’s extreme regressive views and it is back at it again,this time with a movie that that has already been winning awards outside India.

Lipstick Under My Burkha

Alankrita Shrivastava’s Lipstick Under My Burkha has Ratna Pathak Shah, Konkona Sen Sharma, Aahana Kumra, and Plabita Borthakur in lead roles. The film has already been doing the rounds in film festivals, and won the Oxfam Award for Best Film on Gender Equality at the Mumbai Film Festival and the Spirit of Asia Prize at the Tokyo International Film Festival.

While all of us were excited to watch the movie after seeing the trailer, we were shocked when Farhan Akhtar posted this picture on Twitter.

Here’s how people reacted after the Censor Board disappointing us yet again: 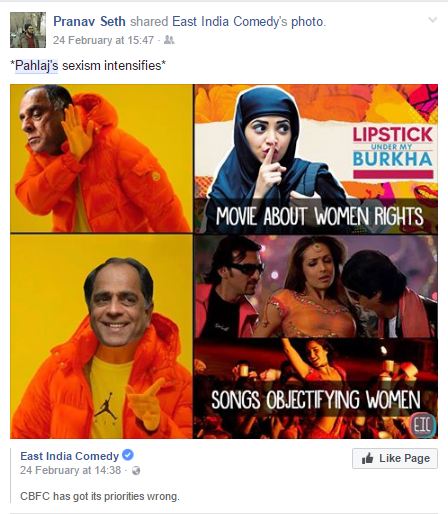 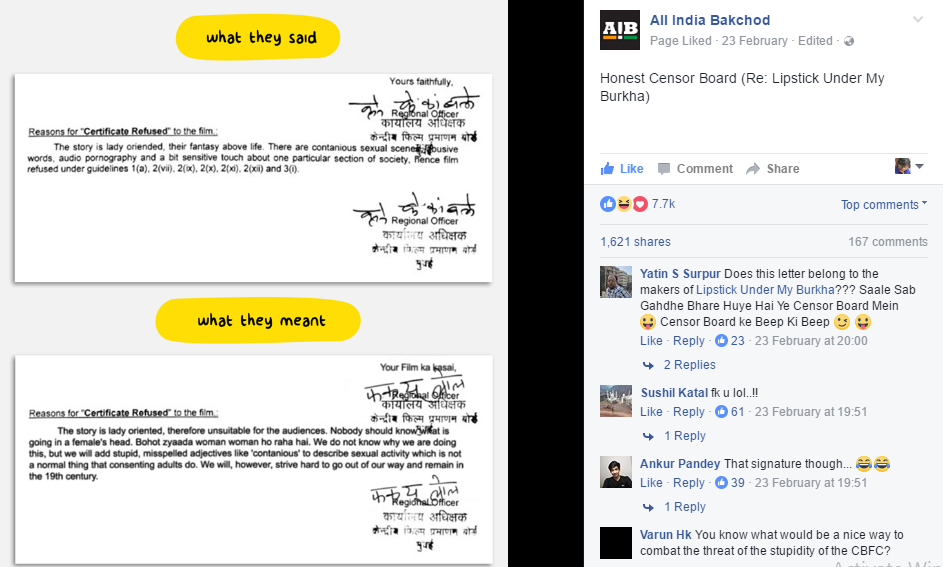 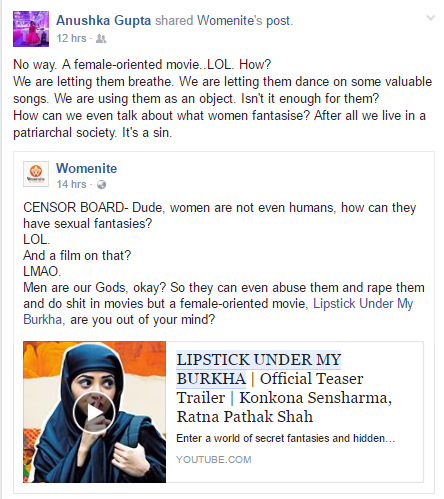 Of course, our esteemed Censor Board must have thought this through, because how can a movie about women and their sexuality be shown to everyone? Have you all forgotten that as Indians we must preserve our ‘sanskar’?
What do you mean women can have sexual desires? They are not human beings after all.
Movies like Mastizaade are released with an ‘A’ certificate because they use humor and objectify women,this is what our culture is about,this is what has to be maintained.

Films That Previously Had Trouble With CBFC

Udta Punjab:
The Kareena and Shahid Kapoor starrer was refused a release because of the abusive dialogues in the movie which led to a huge controversy because the ruling party SAD had reservations over the ‘wrong’ portrayal of Punjab as a drug addicted state.

The Jungle Book:
Disney’s film, directed by Jon Favreau, was released this year by the CBFC with a ‘U/A’ certificate, which meant that children under 12 would need to be accompanied by an adult. While the Board’s stated reason for this was that the 3D effects would be scary for young children, the decision was mocked across the world.

NH 10:
The 2015 Anushka Sharma-starrer ran into trouble with the CBFC over some violent scenes and the use of cuss words. In an interview, director Navdeep Singh had stated that when they went to get their certificate, half the members wanted to ban the film.

What is your take on this decision by the CBFC?