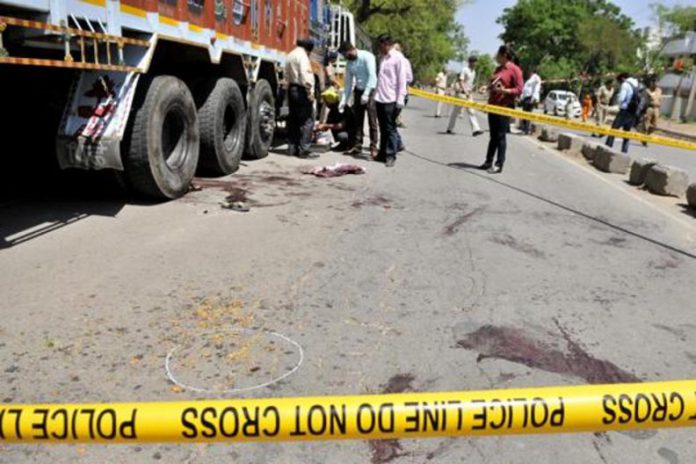 This sounded like a scene from a thriller movie, but it’s a reality that has numbed the tricity in fear and shock.

Singh was rushed to the Postgraduate Institute of Medical Education and Research (PGIMER) where he succumbed to bullet injuries, police said.

According to Police, Satnam was here in Sector 38 Gurudwara with other villagers to attend a religious programme. He was walking towards his truck. Suddenly, his name was called out and when he turned back, a volley of bullets was fired at him. He tried to take cover under the rear tyres of the truck, but to no avail.

The witnesses heard the gunshots and saw white car passing by but maintain that before they could react, the car had fled.

Seven shells of bullets fired from two different weapons were found on the spot. Four shells were of .12bore pistol, while three were of .9mm pistol. Police and forensic teams reached the spot and sketches of the accused are being made based on information provided by the witness.

The Reason Behind the Cold Blooded Murder

Premilinary investigation says that the murder was due to personal enmity. The victim, Satnam Singh, was to appear as witness in a Hoshiarpur court on April 30 in the case of the murder of his brother — Nishan Singh, alias Shana, of Khurdan village — in July 2013.

Another probable reason that police is looking into is dispute over control over of the Hariana-Garhdiwala truck union in Hoshiarpur, of which Satnam Singh was the president.  In the recent past, members of his group had clashed with men from another transporter of that region, Charni, of Rana village.

Police have registered a case under Section 302 (murder) of the IPC and other relevant Sections of the Arms Act against Tirath, Bobby and Arshdeep, all of Hoshiarpur, after the family of Satnam named them as suspects. Another unidentified person, the driver of the i20, has also been booked.

The heart wrenching video of the murder. Courtesy: ABP Sanjha