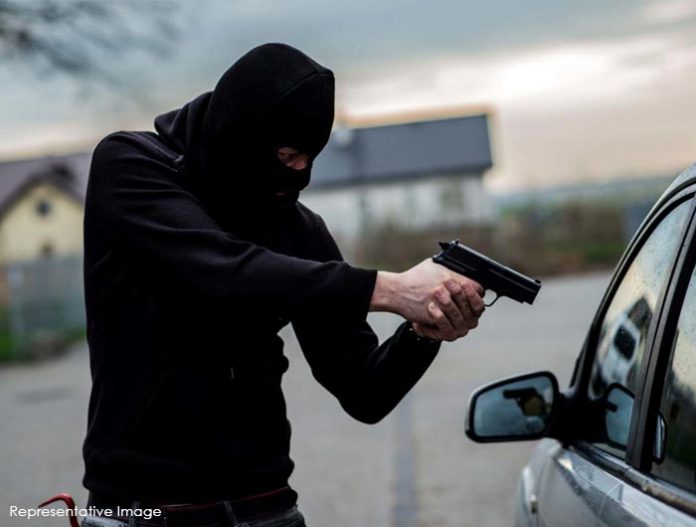 A rather bollywood-style robbery pattern is in fashion these days in Chandigarh – provoke by hitting the car and then loot at gunpoint.
The Chandigarh Police has figured out the common modus operandi in as many as 17 robbery, car-jacking and abductions cases in the city since 10 December 2017.

The police have identified Jodha Singh and his gang members behind some of the robberies but failed to arrest them. In January, the crime branch of police arrested Jodha and two others for gunpoint robberies, but Jodha fled from the custody of UT police at Khanna while returning after being produced in court in February.

March 14 | Jatinder Singh, a Mohali resident, was abducted by three occupants of another car at gunpoint from the dividing road of Sector 48/49 at 4.30 am. The accused first hit his bike. Once Jatinder fell on the ground, they abducted him.February 27 | Restaurant manager Surinder Singh of Nayagaon reported that a car hit his bike after which the miscreants in the car abducted him at gunpoint, robbed him of Rs 10,700 and later dumped him at Kharar.

December 17, 2017 | Car-borne miscreants robbed a vehicle-owner of his brand new Innova Crysta car at gunpoint. The accused hit his car from behind and when the driver stepped out of the SUV, the accused fled with SUV after terrifying him by pointing gun.

It is advisable to foil the trap being set up these robbers. If your vehicle is hit, instead of engaging into an argument or even checking the damage there, speed away from the spot. Once you are out of their sight, dial 100 and inform police about the incident.
Source: Times of India
Image Credits: Google Images
Share on Facebook Share
0
Share on TwitterTweet
0
Send email Mail
0
Total Shares