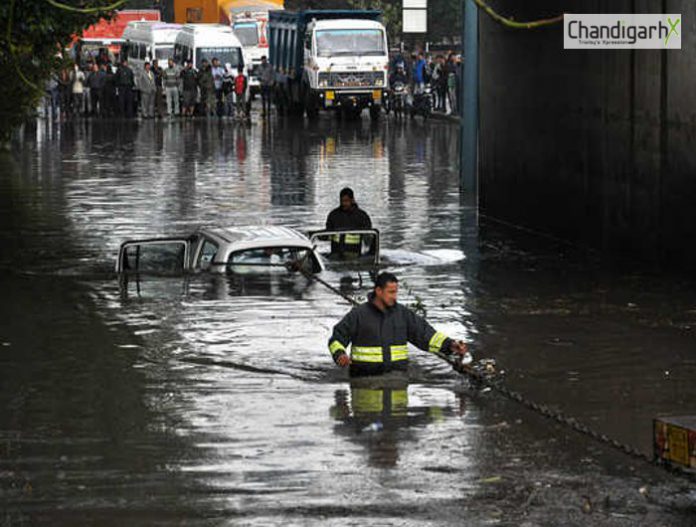 Yesterday’s rains in The City Beautiful have seemed to break all records. Chandigarh received the highest rainfall, accompanied by hailstorm, yesterday in February in the past twelve years.

According to the Met department, the city recorded 13 mm of rain, while in the airport area, 35 mm of rain was recorded. The figures were available from 8.30 am to 5.30 pm today.

The Union Territory recorded a minimum low of 14 degrees Celsius in its maximum temperature. This is the highest rainfall in February in twelve years. As people rushed to make it in time to their workplace, dark clouds were seen hovering over the city. Just like the night sky, the visibility reduced on Thursday morning.

There was an intense cold wave in the region. A Meteorological Department official said, “The weather change was caused by a western disturbance. It was due to snow from the higher reaches of Himachal. The districts of Mohali, Amritsar, Ludhiana, Patiala, Gurdaspur, Pathankot and Jalandhar, in Punjab witnessed rainfall. Ambala, Panchkula and Karnal are few places in Haryana to receive rainfall.  Above the normal limit, night temperatures continued to rise for the third consecutive day.

Following the warning, the Snow and Avalanche Study Establishment (SASE) have advised locals and tourists not to venture into these areas due to chances of snow.