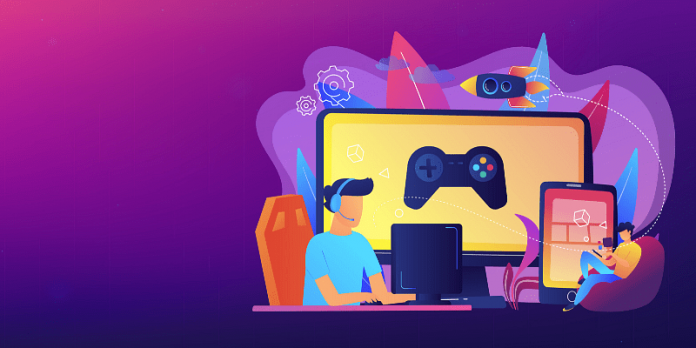 When life came to standstill during the pandemic, online games became the best pastime for individuals around the globe. While the increasing screen time was a big worry for parents, these games came up as one of the most thrilling entertainment options for teens and even mid-aged men.

When we see players completely involved in a game, be it an online card game or a fantasy sport, or an online board game, we only take notice of the time the person is devoting to the activity while completely ignoring how this involvement is helping him learn a few things or how it is inculcating in him some good behavioural traits. The Guardian, in its recent publication, emphasised the ways in which these online games motivate sustainable behaviour in the gamers.

While COVID-19 confined everyone within the four walls of their house, the scope for grooming was almost nullified. Whether it is your daily routine to visit the office or it is your kids’ going to school every day, each and every daily activity gave you an opportunity to grow as a social human being. Playing online games might not let you step out of your house, but it offers you a chance to grow both mentally and socially.

Here are a few behavioural aspects of individuals that online games effectively work on.

Makes you ready for competition

Remember how different activities were conducted at schools and housing complexes on different occasions to engage kids and teens? Today, there is no social gathering, and hence, there are no such things being organised nowadays because of the pandemic, right? In such a scenario, there is a possibility that individuals, including kids, might lose the spirit of competition with time.

Through online games, the gamers not only play but also compete with the other players involved, be it their friends, family, or strangers. This is one of the most important aspects to be worked on and the online games are doing this on your behalf.

Helps you learn to win

The urge to perform better than fellow classmates has always been prominent among students. Sitting idle at home, therefore, won’t have done any good to them. With the increasing popularity of online games, kids, teens, and even adults are getting involved in the same, thereby striving to score higher points to win. Online gaming is not only about playing randomly but winning as well. This way, the urge to win continues to exist in the individuals.

Enables you to accept failure

The inability to accept failures has led to multiple suicidal attempts most of the time, isn’t it? Failing has always remained unacceptable for kids as well as their parents. In the past few years, however, it has been observed that people try to make their kids learn to accept their failure as well. Online games are not easy to play and win. Gamers are required to implement winning strategies to record a win. In this process, a few succeed and some fail. Hence, the involvement in online games will surely inculcate in the players the ability to accept failure.

Every game that you play online follows some set of rules and players are bound to comply with the guidelines. If the instructions or rules are not followed properly, the players are likely to lose. Thus, rules are everywhere, even in online gaming. As a result, these platforms also tend to make individuals disciplined. Whether you play carrom online or fantasy cricket or rummy, going through the instructions before starting with it is a must. As a player, you will always try to stick to the rules to avoid penalties, thereby becoming a responsible gamer.

Online gaming is not child’s play. The gaming platforms are developed by experts and you need to have complete knowledge of the game before you start playing. Moreover, you cannot just randomly play. As a gamer, you need to have relevant skills to score high and win. No matter which type of game you’re choosing to proceed with, if you are not aware of the basic skills and are not capable of implementing proper strategies, things won’t work. Thus, online gaming is a complete mental exercise which keeps your mind working even when you’re not involved in something formally referred to as “productive.”

Enhances the level of concentration

Do you keep calling out for your teen to have lunch but he doesn’t respond because of his complete involvement in an online game? Well, it might be troubling you but there’s good news. He is concentrating on the game, which is ultimately doing only good to him. The urge to compete and the struggle to win make kids and adults be totally involved in the game. This is what helps them build their level of concentration.

Along with online studies and online gaming, it is important to ensure kids and teens get an opportunity to enhance their social skills as well. Through online games, the players are given a chance to communicate with other players in the game through audios and keep interacting with each other throughout the game. No matter how far all the players in the contest are, they can connect via an online generated code and join the same game together. They can communicate with each other and play as a team or as competitors. The kids, teens, and adults might be staying at home but online gaming platforms make it a worthy stay by giving them a chance to have an improved lifestyle. From inculcating discipline into the players to making sure they don’t get out of touch with the world, these games enable gamers to groom themselves and grow in all possible respect. If you have someone at home who loves to play online games, be assured that the games will help you be more active and a well balanced individual.

Mental Health & Moving House: Tips For Reducing The Stress Of This Process