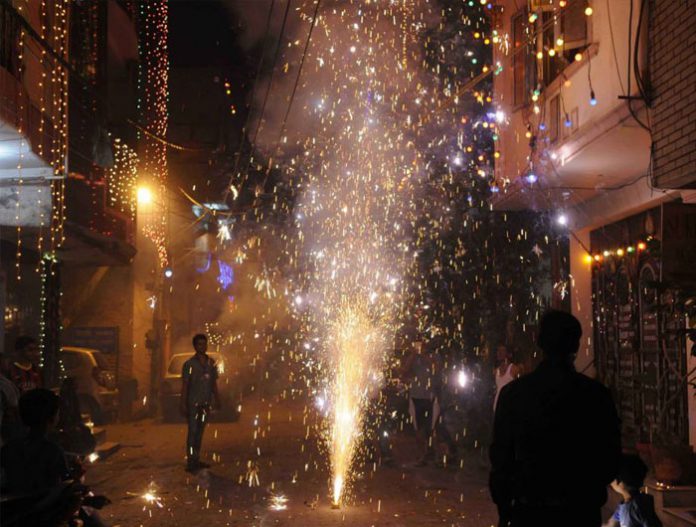 Bursting of crackers on New Year’s eve(Dec.31 and Jan.1) was banned by the Punjab and Haryana high court on Thursday. The two-day ban will be effective in Punjab, Chandigarh and Haryana (excluding areas under the national capital region). This step has been taken to avoid the further deterioration of air quality.

A Good Step by the HC

The HC also banned cracker bursting in these areas for personal celebrations like marriages. Until the date of the next hearing, i.e. Jan 11, the ban order will remain effective.

A suo motu petition had been filed ahead of Diwali in October. Also, timings for bursting of crackers on Gurpurb (on November 4) had been limited to three hours, between 6.30pm to 9.30pm.

Following reports of rising levels of pollution, the order was passed.

A detailed order is awaited in this regard. According to the reports submitted by Chandigarh, Punjab and Haryana, there was a big dip in pollution levels on Diwali after the HC put a ban on bursting of crackers.

Authorities were allowed to issue only 20% of last year’s temporary cracker shops licences for Chandigarh, Punjab and Haryana.

“NCR districts have been kept out of the ambit of the order since Supreme Court too is seized of the matter.” said senior advocate, Anupam Gupta, amicus curiae(friend of the court).

The HC bench of justice AK Mittal and justice Amit Rawal observed,“There are no checks. Marriages are on in Chandigarh and Punjab. High court orders are being flouted with impunity. There is no compliance,”

Law enforcement agencies such as police, district authorities and state pollution control boards had been provided with directions to ensure compliance of orders.

Also Read: Helmet or No Helmet? HC Ponders For Safety Of Women Riders