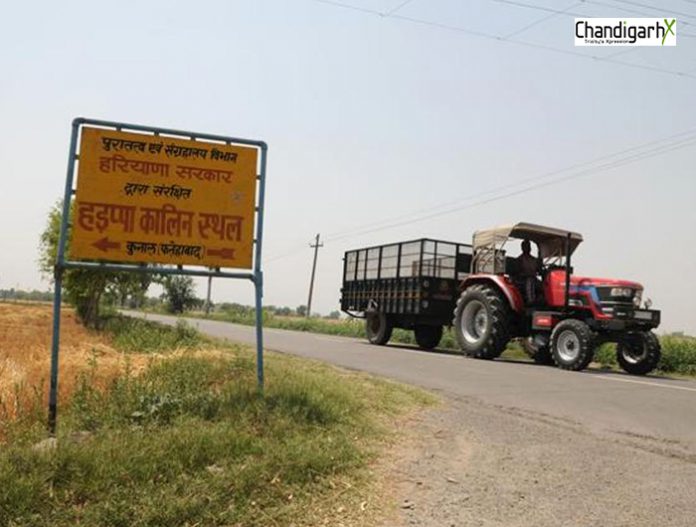 In Fatehabad, the road from Digoh to Ratia, more than 200 kilometres away from the heart of Gurugram, bears a sense of calmaria on a hot summer day. Bordered by farms on both sides, the route is broadly uneventful and glum. There is little life due to the humid weather. However, it’s from here that a small detour off the main road leads one to the sleepy village of Kunal. On the face of it, Kunal is much like any other Indian village, except it was once a Harappan village and is imbued in history that predates India’s ancient settlements.

Located at a distance of 12km from Ratia tehsil, Kunal is one of the oldest pre-Harappan settlements and dates back roughly to the 5th millennium BC. The roughly 6,000-year-old site holds within it a rich legacy and its ties to the past can possibly help trace the history of Haryana, and the country. First discovered in 1986, excavations in Kunal have taken place over different seasons in 1992-93, 1996-97, 1998-99, 1999-2000, 2001-2002 and 2002-2003. The seventh round of excavations that started in January ended two weeks ago, and a compilation of the findings are expected to be released in the next one year.

The presence of the settlement is signalled by a yellow metal board that springs up abruptly on the Digoh-Kunal road. “Harappa Kaleen sthal (Harappan-era site),” is written on the board in Hindi and a painted red arrow below it points in the direction of the site. It bears a deserted look for the greater part of the year except when it’s time for excavations.

“The prime objective of re-excavating the site was to find out who were the earliest settlers of this area, or Haryana, for that matter. We wanted to know whether they were indigenous people or outsiders who came here and settled. The identity of the occupants is ascertained through the cultural material that is found in different geographical layers. At Kunal, our aim is to know more about Hakra culture and the people who were associated with Hakraware,” said Shubam, technical assistant and excavator at the site.

Hakraware refers to the cultural material that has been traced to the early-Harappan phase. The word is a combination of two words: Hakra and ware. While ware means pottery, the word Hakra traces its origins to the palaeochannel of Ghaggar-Hakra that flows through India and Pakistan. The river channel is known as Ghaggar in India and Hakra further downstream in Pakistan.

Hakraware was first traced to Cholistan in Pakistan along the banks of the river Hakra, and Harappan sites in India have also yielded cultural material resembling that of the Cholistan region. The excavations at Kunal were aimed at digging deep into Hakra culture. “When Harappan sites were first excavated in Cholistan, a typical distinctive pottery was found along the banks of the Hakra river. The pottery, however, wasn’t limited to that region alone. When Kunal was surveyed, traces of Hakra culture were found here,” informed Malik. 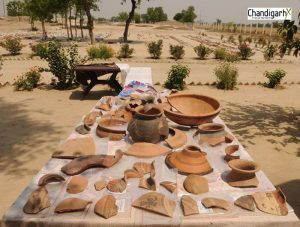 Remnants of the past

A gamut of objects ranging from pottery, biochrome pottery, hand and wheel-made pottery, ceramics, wares, beads, terracotta bangles, stamps, steatite beads, semi-precious stones and seals have been extracted in the excavations. “People of Kunal were good artisans. They were skilled and exploited different raw materials to make beads of various kinds. We have recovered a large part of steatite beads and they could very well have been running a steatite bead industry,” said Malik.

He added that in addition to steatite beads, a number of terracotta bangles had also been found from the site. “Bangles are omnipresent here. Bangles were not just used for domestic use and evidence of large number of bangles suggests that they were doing some kind of a trade,” he added. 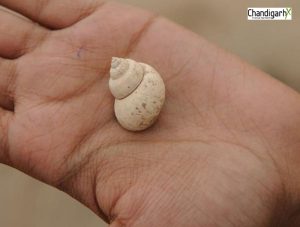 Other important findings that stand out in Kunal are traces of pit dwellings, furnace, mud-brick walls, post-holes and water channels. Bhattacharyya said that Kunal had demonstrated pits that were unique. “Kunal has both residential and industrial areas. The central area of the mound has a residential pattern and pit dwellings can be found there. These pit dwellings were supported by post holes and based on the pattern of the post hole, we can draw different conclusions. A round and rectangular post hole could suggest different things,” she explained.

Malik, on the other hand, said use of mud bricks along the boundaries of these dwellings had also been found during excavations. “In pre-Harappan Hakraware culture, it is said that the people were pit-dwellers. They dug out pits into the earth in a circular pattern. At early-Harappan stage, people in Kunal were using mud bricks to make rectangular structures,” he added.

Excavators also said that they were better equipped to have an improved understanding of the food habits of the people at Kunal. While previous excavations had unearthed citrus fruits, bones of animals like buffalo, neel gai, antelopes, goats, birds and rabbit had been found in the latest round of excavations. “The people who lived in Kunal were both carnivorous and herbivorous. Bones of both small and big animals have been found from the site and even grains. Smaller animals like birds and rabbits were found in the layers below, while the size of animals increased in the top layers. It suggests that smaller animals were consumed when the population was less but as the population started increasing, people started consuming bigger animals. We have discovered skeletons of bigger animals which are totally charred. Charred bones suggest that the animal was burnt and roasted well for consumption. It also seems that after eating the flesh, the animal was burnt or thrown into the fire,” said Bhattacharyya. The carnivorous tendencies of the people can also be established by the discovery of arrows. 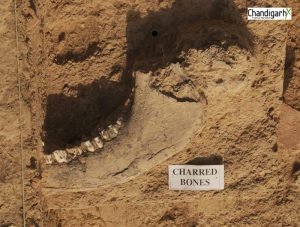 Not a happy finding

Not everyone in the village, however, seems to be happy with the presence of a historic site in their vicinity. Sukhwinder Singh, 45, is a relative of the original owners of the site and said his family had been cheated by the government. 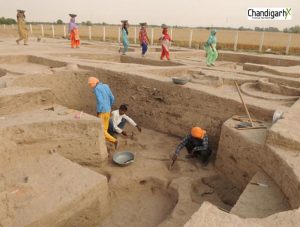 Going back in time 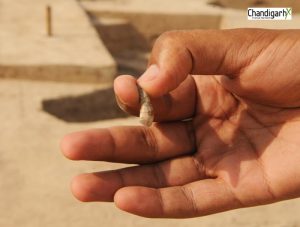