Home North India Haryana Haryana Soon To Have Its Own Science City. Even Grander Than Kolkata's
Facebook
Twitter
WhatsApp
Email 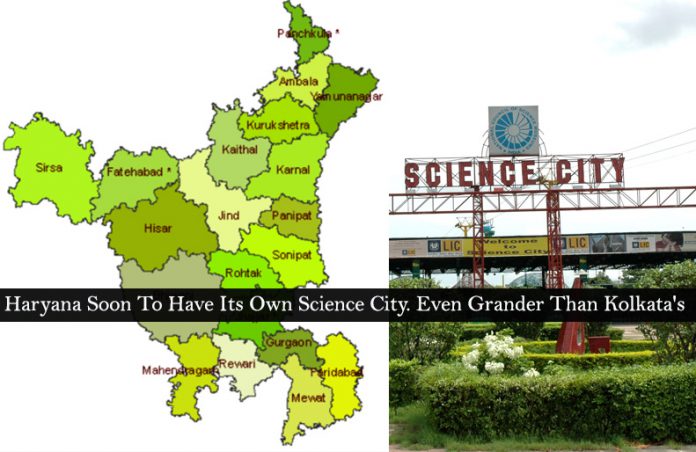 Haryana will soon have a place solely dedicated to inspire scientific temper. Indian Ministry of Culture has approved a plan to set up Rs 200 crore state-of-the-art  Science City in Haryana. The two cities being considered for the location are Sonepat and Gurugram (Gurgaon).

The reason for considering the two cities are two-fold. One being availability of enough open land for development of sprawling Science City and second being absence of any such Science City in NCR and around. The closest Science City to NCR is in Kapurthala and Lucknow.

Haryana chief minister Manohar Lal Khattar met Culture Minister Mahesh Sharma and latter has given in-principle approval for the proposal. The Science City will be developed under the aegis of the National Council of Science Museums (NCSM) under the Ministry of Culture.

About 45-acre land, adjoining the Deenbandhu Chhotu Ram University of Science and Technology near Sonepat, has already been identified for the purpose. A team of experts from NCSM has already inspected the site in January 2017 and found it suitable for the Science City with some modifications but the final decision is still awaited.

The proposed Science City in Haryana is to be built on a more ambitious scale than Kolkata’s Science City, which is restricted to 49.6 acres and was set up in 1997.

What the Science City will Have?

The project is planned for completion by December 2018.

Next will be the turn of Guwahati in Assam.