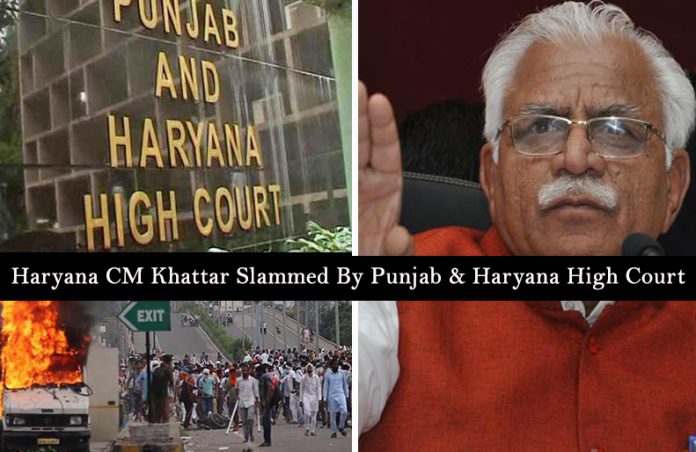 Following the PIL of Panchkula resident on security arrangements in the city in the wake of Baba Gurmeet Ram Rahim judgment in rape case in the CBI court in Panchkula, the Punjab and Haryana High Court has been closely monitoring the situation. The High Court came down heavily on Haryana Chief Minister ML Khattar for “protecting the Dera followers and extending political patronage”.

This is fourth major incident of mob fury in Haryana since CM Khattar has assumed office in 2014.

Earlier, the High Court had slammed Haryana administration for not applying right sections of 144 which only aggravated the situation and over 1.5 lakh Dera Sirsa followers thronged the city making the situation tense.

What the Punjab and Haryana High Court said?

Now, with many security lapses seen on the day of judgment following the conviction of Baba Gurmeet Ram Rahim, which led to the death of over 30 people and 250 injured, the Punjab and Haryana High Court came down heavily on Haryana Chief Minister ML Khattar for “protecting the Dera followers and extending political patronage”.

♦ Damages to be paid from Dera Properties

The Bench comprising Justices SS Saron, Surya Kant and Avneesh Jhingan had yesterday ordered that the damages due to violent protests by Dera followers would be paid from Dera’s property. It directed the Deputy Commissioners of Punjab and Haryana to provide it a list of Dera properties. They have been asked to invite through public notices claims for damages to the property in the violence. The Dera has been told not to alienate, sell or transfer its properties.

The Bench came down heavily on the state for “misleading” it by furnishing wrong information on the number of vehicles in the convoy and asked for the name of the officer who provided the information to the AG.

The state was also asked to inform the Bench about any plans to sanitise the Dera Sacha Sauda.

The state was told to verify a report carried in a vernacular regarding instigation by the Dera leaders. The Bench directed the registration of an FIR against the instigators if the reporter stood by his report.

♦ As many as 524 persons were arrested in Panchkula, 24 vehicles seized, five pistols with 79 rounds and two rifles with 52 rounds were recovered

♦ Eight FIRs have been registered in Panchkul

♦ There have been 51 incidents in Punjab

♦ 19 miscreants have been arrested, including Gurdev Singh, a state-level office-bearer of Dera Sacha Sauda.

♦ No casualty although there has been damage to public and private property for which assessment would be carried out. 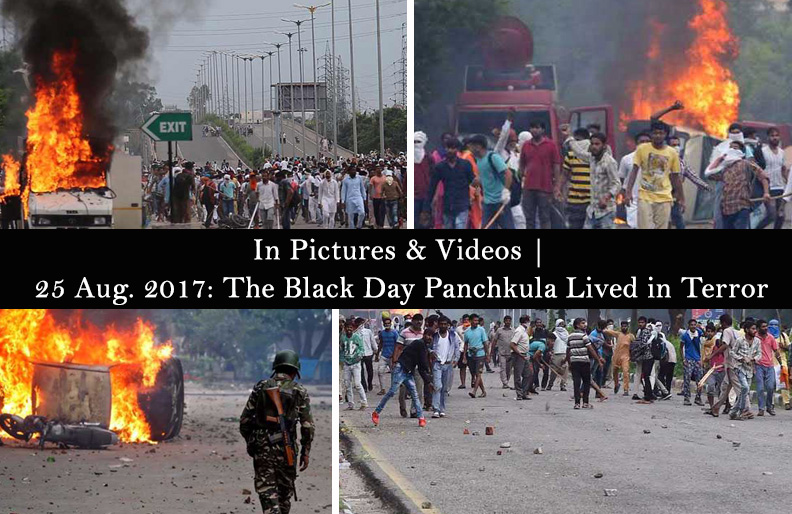