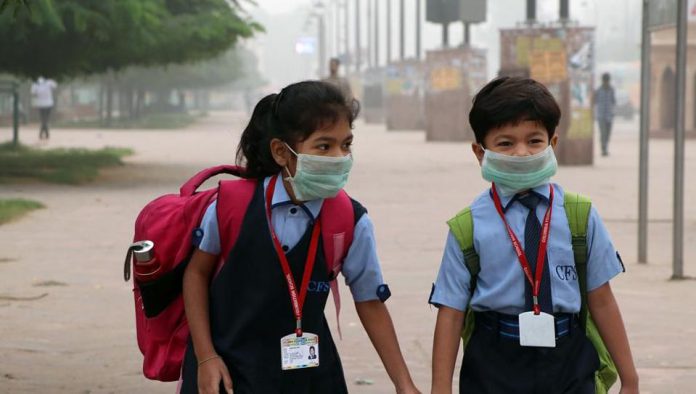 Chandigarh’s first smog tower will be installed on the pattern of Delhi. The idea of installation of such towers is yet to be explored in the city. A meeting was held recently on the implementation of directions issued by the National Green Tribunal (NGT). In its consequence, UT advisor Manoj Parida has asked officials of the Chandigarh Pollution Control Committee (CPCC) and environment department to make a comprehensive report on the subject. The UT will take a decision thereon. The giant air purifier will be installed to combat pollution in the city.

Why does Chandigarh need smog towers?

As per the Central government, Chandigarh is identified among 100 cities for pollution reduction. The list is prepared based on the level of pollutants. These are namely NO2, PM2.5, and PM10.

The aim is to create a “clean air zone” around the area. The experts who are involved in the project foresee an estimated eighty percent reduction in particulate matter.

Smog towers are the devices that can work as large-scale air purifiers, fitted with multiple layers of air filters.

Recently, the Centre also directed the city administration to submit details of steps taken to control air pollution up to December 31, 2019.

In regards to the depleting air quality, the officials stated the following:

Chandigarh has a maximum density of vehicles in the country. There are approximately twelve lakh registered ones. These are together four and two-wheelers. On average, each house has two vehicles.

To cut down the effluence level, the Chandigarh Transport Undertaking (CTU) will invest in power-driven buses. At this time, roughly 3,000 e-rickshaws are plying on the streets.

According to media reports, Chandigarh has between October to December 2019 been battling alarming toxic air quality, putting the city’s overall AQI in the “very poor” category.

Delhi’s first air purifying tower was procured by Gautam Gambhir Foundation and installed with the help of the Lajpat Nagar Traders Association. The tower is fitted at the Veer Savarkar Marg in Central Market, Lajpat Nagar. According to media reports, the smog tower has been fitted with exhaust fans. They will help in sucking polluted air and remove up to eighty percent particulate matters (PM 2.5 and PM 10 pollutants).

Height: The smog tower is 20-feet-tall. China has the world’s largest smog tower of over 328 feet height in Shanghai.

Design: The smog tower is a cylindrical structure with a big inlet and four outlet units.

Cost: The estimated cost of smog tower is ₹7 lakh.

The smog tower is expected to treat air within a circumference area of almost 500 metres to 750 metres. The air purifier will run on electricity.