Home Latest News Chandigarh & Around Get Ready To Pay A Challan Of ₹10,000 If You Litter The...
Facebook
Twitter
WhatsApp
Email 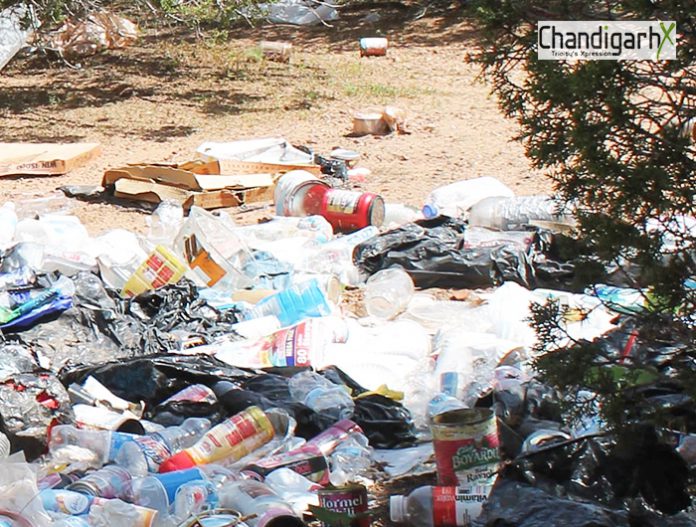 Littering has always been a major concern in India and all over the world. That’s why probably the #TrashTag challenge is going viral among people cleaning up public spaces. The sanitation department of the city’s municipal corporation has taken a stand against this. In its 2-days challan drive, Chandigarh MC collected over Rs 10 lakh. On day 1 of the campaign, 45 challans of Rs 10,000 each were issued for littering. Adding to the misfortune, 40 more challans of Rs 5,000 each were also issued for littering plastic in public, the sanitation wing of the civic body said. Day 2 also saw around 40 people fined for littering and another 7 for using plastic polybags.

Rs 10,000 challans were mostly of eating joints and multinational restaurants. Amrit Pal Singh, Medical Officer of Health, said, “Most of the eating joints had stashed waste outside their building. Our sanitary inspectors were told that they should click pictures for proof before handing out the challan.”

The Key To Growth Is Awareness

These eateries belong to sector 22, 23, 35, 43 and 44. “Our aim is not to earn any revenue but to make people aware that they should not litter or stash garbage. People should understand the right intention behind the challan drive,” he added. Though none of the violators paid fine on the spot, they have been given seven days time to deposit the challan. “If they fail to do so, we will submit the details in the MC office and the fine amount will be added in the water bill of the violator and sent home,” MOH said.

Next time you visit The City Beautiful, do not litter or you’ll lose Rs 10,000.