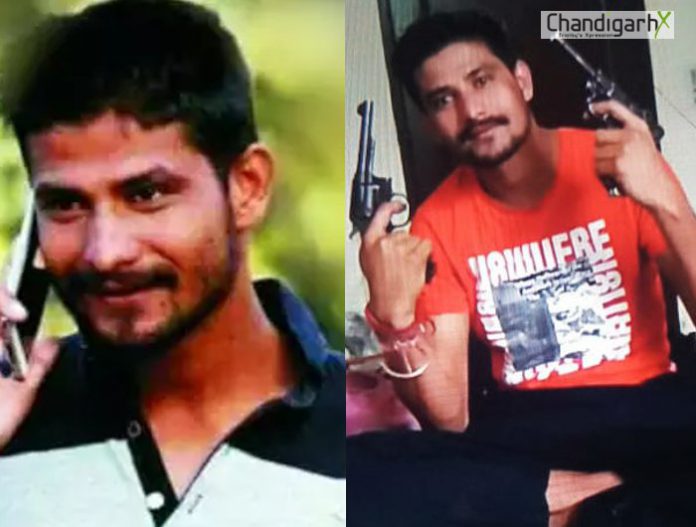 The Punjab Police special intelligence cell on Thursday underwent a massive encounter in Mohali district in Zirakpur, Punjab with members of the Lawrence Bishnoi gang. The police officials from Shri Ganganagar embroiled in a fight at Peer Muchalla near Zirakpur, killed dreaded gangster Ankit Bhadu. Zirakpur is approximately 20 minutes from state capital Chandigarh.

In the previous video, ChandigarhX urged people not to use this road due to firing between the police and gangsters going on in Peer Mushalla.

Dreaded for extortion-related crimes, Bhadu had a huge list of crimes and had openly threatened police in many states. According to police sources, he was on Rajasthan Police’s ‘Most Wanted’ list, in connection with numerous cases of murder, extortion, loot and dacoity. Bhadu had allegedly killed history-sheeter Jordan in Sriganganagar in May last year. Aged 23 years, he carried a cash reward of Rs 1 lakh announced by the Rajasthan Police. His father Shiv Parkash, is an agriculturist.  Bhadu was a resident of Sherewala village in Abohar district of Punjab. A school dropout, he had been arrested by Fazilka police in July 2015. A close aide of notorious gangster Lawrence Bishnoi, Bhadu had managed to escape after a shootout with police from Sriganganagar and Haryana in August last year.

A team of law enforcement personnel including Rajpura policemen engaged in a shootout with the gangster near Zirakpur. Led by DSP Bikram Brar — who had killed noted gangster Vicky Gounder — killed the gangster. Rajasthan DGP has got in touch with his Punjab counterpart to discuss the shootout. Police had nabbed his girlfriend from Delhi airport a few days ago. She had come back from Canada.

Police also claimed to have rounded up two of the gangster’s aides who are also said to be wanted in over a dozen criminal cases.