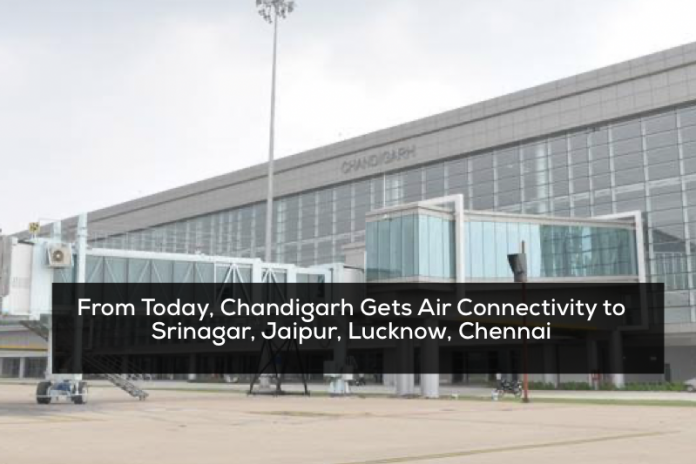 Increasing its connectivity, the Chandigarh Airport will now have to & fro flights to Lucknow, Jaipur, Srinagar and Chennai airports.

A to and fro flight to Lucknow will also start from today, it will arrive at 8:25 AM and will depart at 1:55 PM.

The flights will be operated by the IndiGo airlines.