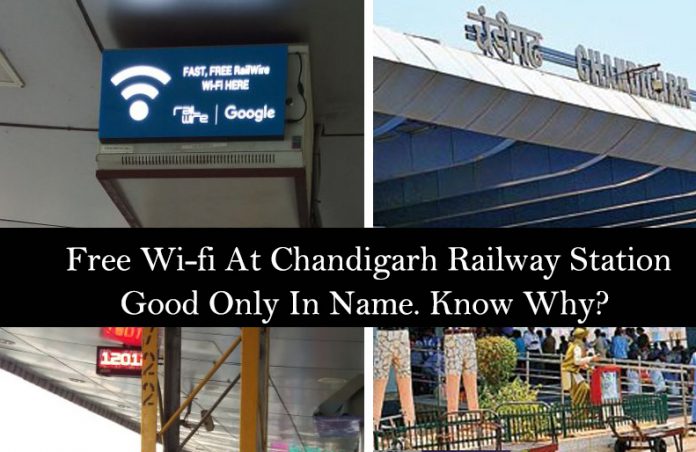 Last year in July, after much delays the much awaited free wifi facility was made operational with an amazing speed of 40 mbps, but an year on, the facility exists only in name. The speed is so irritatingly slow that its practically useless.

The reason behind this is so true to “we Indians” stereotypical trait! (sarcasm intended)

This wi-fi requires no password and absolutely free and hence it is abused and misused by internet junkies from villages and slums nearby. Though it was said that only those with a passenger name record (PNR) number would be able to access the facility, but as it works ANYONE can access it. As expected, Chandigarh railway station has become internet junkies’ paradise.

Here, they get up to 40 megabits per second (mbps) speed for one hour that too free of cost and with absolutely no problem at all. Killing time listening to music, watching videos, downloading apps and surfing to their hearts’ content, their consumption in turn leaves very little for others at the railway station.

The Chandigarh railway authorities are not amused by the misuse of the facility and have written to RailTel that commissioned the facility to take steps to check it. RailTel collaborated with search engine giant, Google to execute it.