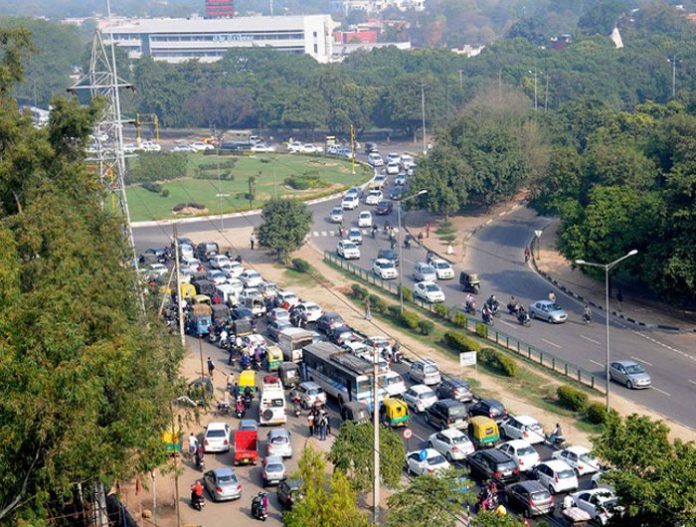 Flyover over Chandigarh’s iconic Tribune Chowk will soon be a reality. The Mumbai-based consultant, Stup Constructions, made a presentation to the administration which suggested two levels of the flyover connecting Chandigarh with the Zirakpur flyover. An elevated road has also been proposed from Chandigarh to Zirakpur.

Salient features of the project

The UT Administration has planned two more flyovers at the busy Transport light point in Sector 26 and the CHB junction in Sector 9.

Besides, alternative routes have been planned for the tricity to avoid traffic congestion even during non-peak hours.

Other proposals to check increasing traffic

Chandigarh has the highest per capita vehicle population

Taking cognisance of the increasing traffic congestion and chaos on the city roads as Chandigarh enjoys the dubious distinction of having the highest per capita vehicle population with an average of about 1 lakh new vehicles hitting the roads every year, the Administration has drawn up a comprehensive plan to find out permanent solutions to the problem, especially at junctions.