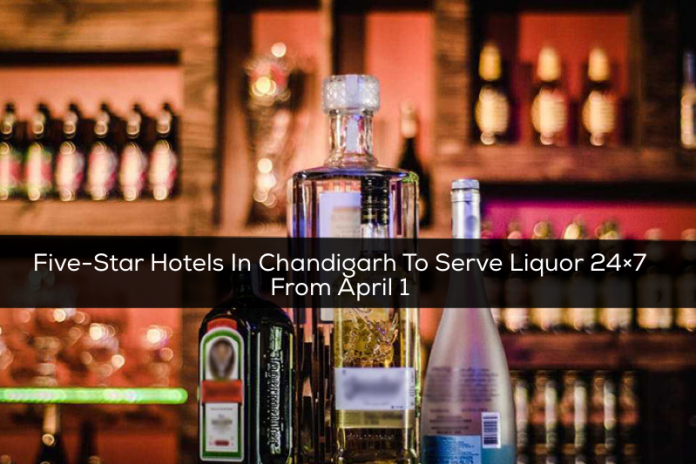 Here is good news for booze lovers! The five-star hotels in Chandigarh will now serve liquor round the clock.

Announcing the excise policy for the next fiscal year 2020-21, the Chandigarh Administration has announced to allow five-star and above category, hotels to serve liquor round the clock and provide the facility of minibars for the rooms.

The move is aimed at promoting tourism. The five-star hotels in Chandigarh include JW Marriott, The Lalit, Mountview, Hyatt Regency, and Hotel Taj. As per the existing excise policy, bars in these hotels and at other restaurants were allowed to remain open till 1 am.

According to the city’s Hotel and Restaurant Association, President Arvinder Pal Singh, the rule should have been the same for all big or small hotels. If any hotel wishes to serve liquor round the clock, it should have been allowed at extra cost. The association had requested the administration to extend the timings for serving alcohol. But the policy favoured only five-star hotels.

The tipplers, however, would have to shell out more money for liquor from April onwards.

He added that the excise policy for the year 2020-21 would help to earn revenue of about ₹680 crores in comparison with ₹617 crores estimated to be earned in the current fiscal year 2019-20. This would be an increase of approximately 10 percent over the year 2019-20.