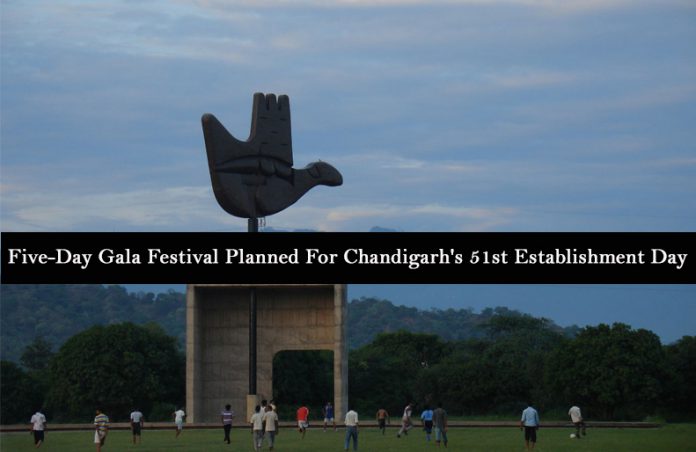 This year in November, Chandigarh will be celebrating 51st anniversary of its foundation as an independent Union Territory and as the capital of Punjab and Haryana.

To commemorate it Chandigarh administration has planned five-day festival from November 1 to 5 to mark Chandigarh Establishment Day.

Showbizz Celebrations Pvt Ltd has been roped in as Chandigarh administration’s associate partner to make the event a success. The celebrations will be hosted in the Parade Ground, Sector 17.

Major attractions of the festival

♦ A song dedicated to Chandigarh

♦ Rallies of vintage and luxury cars and

2. Starting from November 1, the festival will showcase the city since its inception with a

The event is being held with an aim to connect with the youth and spread awareness about the city’s rich history of success and development.

Official logo for the event has been unveiled by Jitender Yadav, Director Tourism, Chandigarh Administration on Tuesday.