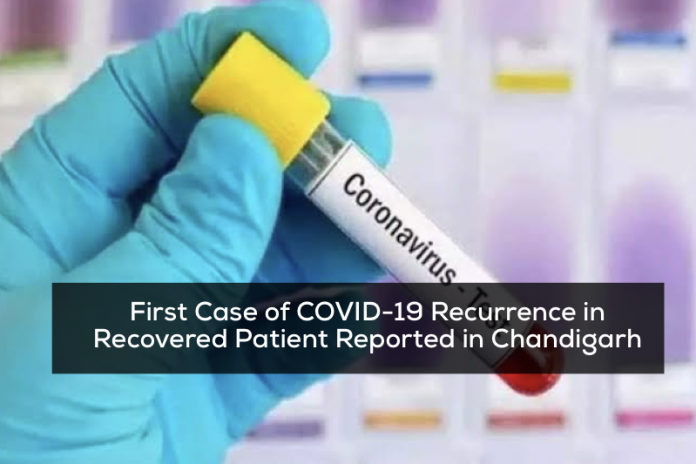 A 25-year-old youth from Sector-45, Chandigarh has tested positive for the second time after a gap of two months.

The youth had first tested positive on July 12 at GMCH 32 and was shifted to Shri Dhanwantry Ayurvedic College and Hospital, Sector 46, where he stayed for a total of 10 days.

Later, he tested negative for the virus through the RT-PCR method on July 21 & 31.

The tests were carried out by the Dhanwantry hospital through a Gurugram-based private lab.

Once the recovery period of 28 days was over, the youth also donated his plasma last month at PGI and is now worried as he didn’t expect a reinfection.

Currently, the youth is in home isolation.

According to Dr Mini Singh, a professor at Virology Department, PGIMER-

May have falsely tested negative

According to Dr G Dewan, Director, Health and Family Welfare there is a chance that the individual may have falsely tested negative.

Besides, dead fragments of the novel coronavirus leads to false positives in recovered patients.

According to the ICMR, virus remains in cells from where swabs are taken for testing, even if it becomes deactivated.

RT-PCR test is done to detect the presence of the virus and will always show the result as positive, irrespective of the fact whether the virus is active or not.