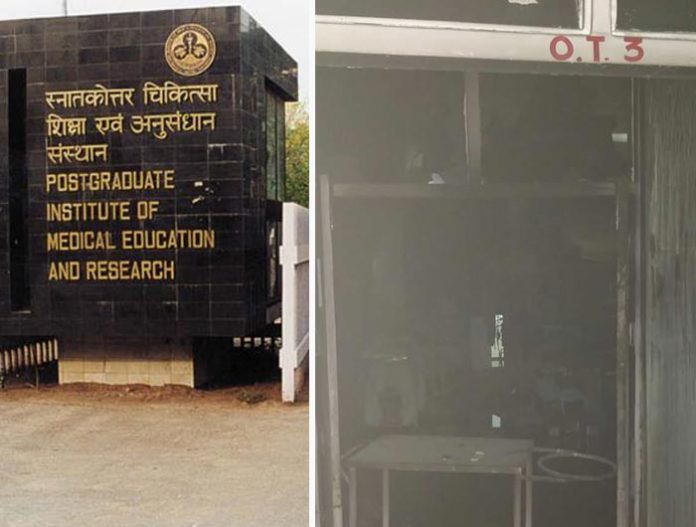 Fire broke out at the Emergency block of the iconic Post Graduate Institute of Medical Education and Research (PGIMER) Chandigarh. The fire started in an operation theatre on the first floor of the Emergency block, adjacent to the Advanced Trauma Center on Wednesday evening.

According to sources, the fire broke out soon after an operation in the OT. A nurse was disposing the used needles in an incinerator leading to spark and fire.

Around 150 patients were evacuated from intensive care unit and the Emergency out-patient department to safer places. A senior hospital official said that no patient is injured in the incident.

Earlier this year in February, there was fire in the gastroenterology ward due to a short circuit. No casualties were reported.