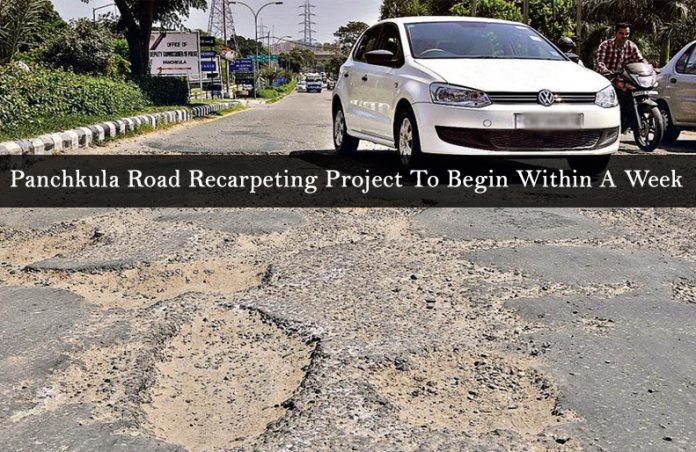 Panchkula moon surface-like roads have brought such inexplicable misery to residents for past over an year that the fury of the citizens was given vent in the form of all kinds of protest. From highlighting the potholes to pooling in themselves to fill in the grooves, residents took every resort to stage their frustration and embarrass the local administration. Resultingly, MC Panchkula has finally allotted ₹ 22 crore for Panchkula roads recarpeting project.

The roads to be recarpeted urgently are identified as following:

The condition of these roads is pathetic. More than 1,000 small and big potholes were found on the 3 km stretch from the dividing road of Sector 12A to Labour Chowk via Amartex traffic intersection.

There have been many cases of road accidents on these stretches. In June, two men were killed when their bike hit a big pothole near Labour Chowk.

Why there has been so much delay in Panchkula roads recarpeting?

The road recarpeting project has been pending for more than 2 years in the bureaucratic corridors.

First, for want of technical approval, the file was stuck at the office of urban local bodies department’s director and then the head office raised an objection over the quality parameters.

Finally, now with newly-appointed MC commissioner, Rajesh Jogpal, at the helm, the contract has been awarded to an agency named NH Builders and the carpeting work will start within a week.