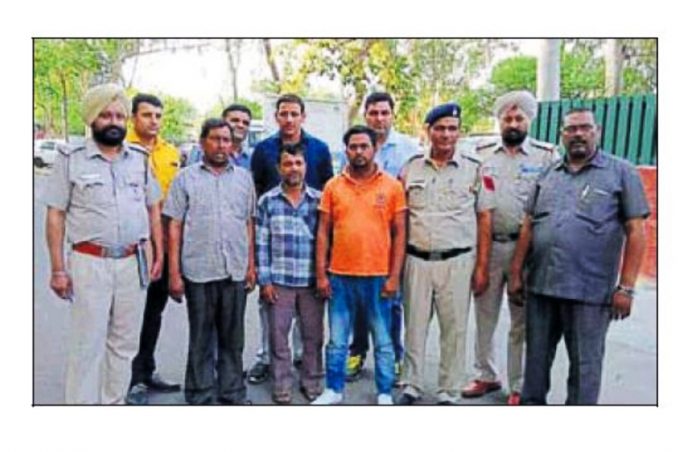 Two-wheelers, especially Activa has been the most favorite pick of thieves around the tricity and recently the theft cases had been on a rise. Notwithstanding the physical patrolling and electronic surveillance through CCTV cameras at various locations, as many as 124 two-wheelers have been stolen in the city during the since January 1.

Chandigarh police had been in pursuit of nabbing these thieves for long. Finally, they got a breakthrough.

The Chandigarh police has finally arrested a gang that had left the two-wheelers’ owners insecure for a long time. Three people have been arrested and their specialization is ‘stealing activas’. Twelve two-wheelers have been recovered and many more are expected to be recovered soon. The police claims with the arrest more than 50 theft cases have been solved.

The Gang of Three

Rakesh, the mechanic, has a scooter repair shop in Dhakoli. He met Deshraj at his shop, who is a driver. The two decided to steal vehicles to make a living. They got in touch with scrap dealer, Ravi Narayan, who used to buy spare parts for the stolen two-wheelers. They used to dismantle the stolen vehicle and sell its parts in the spare market.

Their favorite target spots were parkings at Rehri Market and Apni Mandi. They preferred to steal old models of 2006 and 2005 two wheelers and used a master key to unlock the vehicle.

How the Police nabbed them?

Police got in action to nab them on secret information it received after the theft in Sector-34. The thieves will stay in police custody till May 4.