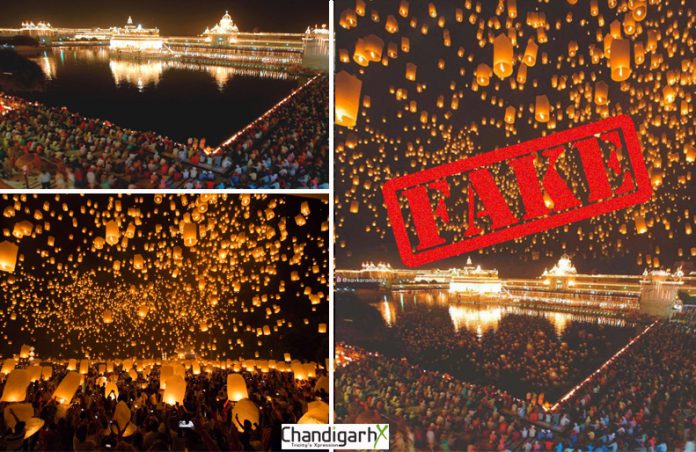 Please note that in this article we are only bringing to the limelight the authenticity of a picture going viral. ChandigarhX, in no way, is being disrespectful to any religion. We respect all religions.

The absolutely divine picture of beautifully lit Golden Temple, Amritsar, studded with lanterns adding the heavenly golden glow to the picture has stunned us since Diwali. It has stormed the internet. However, do you know whether it is true?

Heartbreaking it is, but it is FAKE. The picture is photoshopped. Two pictures one from Diwali night at Golden Temple and another from Thailand have been amalgamated to form this.

Lanterns in sky is From Thailand. 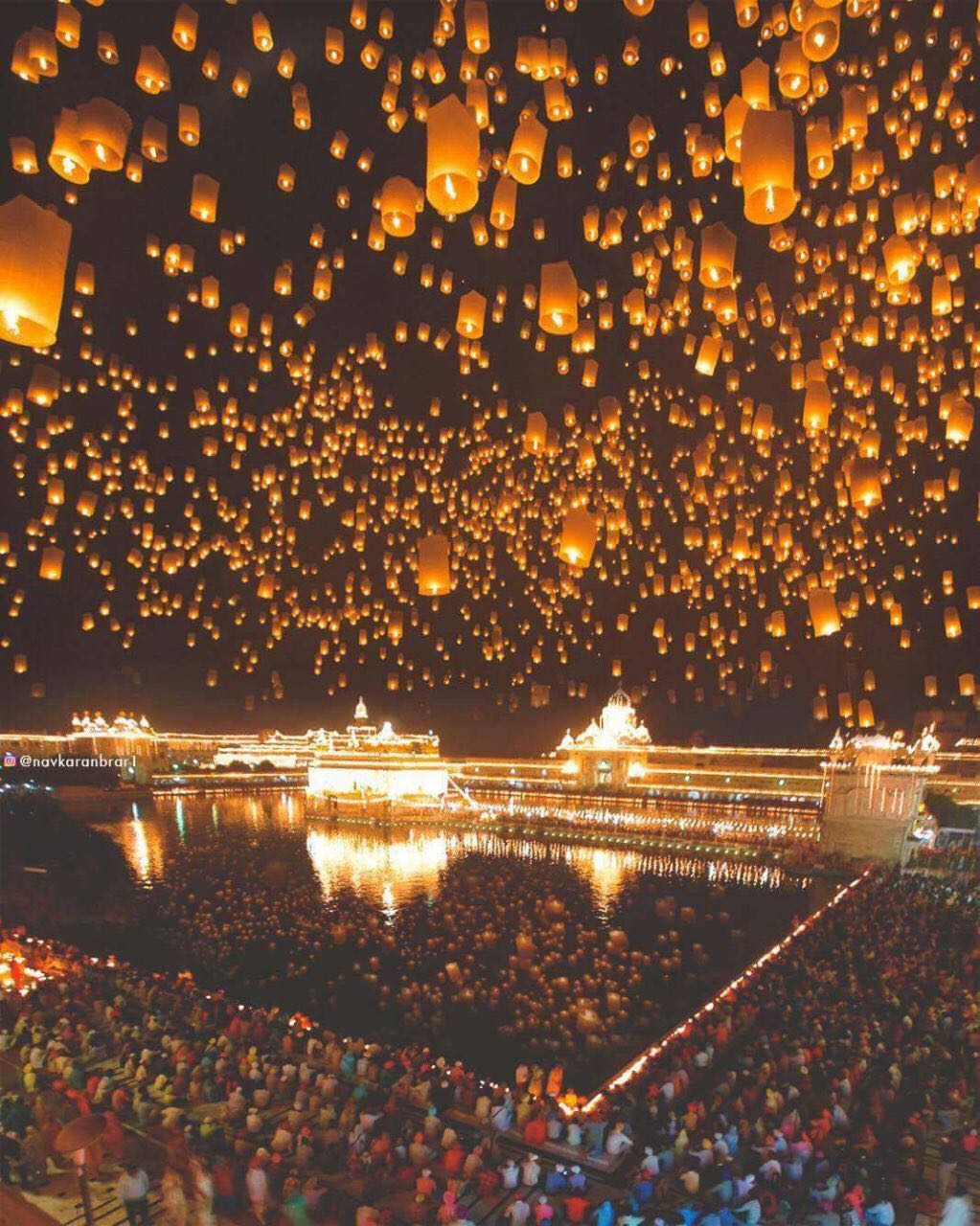 Pick any lantern from Thailand picture and you can literally match its angle with the Golden Temple’s.

How badly we wish the picture was true!

Check the instagram profile from where it started. Navkaran Brar, who created this ‘heavenly’ picture  using his amazing photoshop skills wrote an inspiring caption to it but it did not add ‘photoshop’ anywhere in the caption instead used the tag ‘photoshop_creative’ and ‘ps_fantasy’.

Diwali is the Festival of Lights. On Diwali, you will see every town, city and village is lit up with thousands of lamps everywhere. But the celebration is not just about lighting lamps outside – an inner light has to come. Light means clarity. Without clarity, every other quality that you possess will only become a detriment, not a gift, because confidence without clarity is a disaster. And today, too much action in the world is performed without clarity. Without the necessary clarity, whatever you try to do will be a disaster. Light brings clarity to your vision – not just in a physical sense. How clearly you see life and perceive everything around you decides how sensibly you conduct your life. Diwali is the day when the dark forces were put to death and light happened. This is also the predicament of human life. Like the dark clouds which brood in the gloomy atmosphere, not realizing that they are blocking the sun, a human being does not have to bring any light from anywhere. If he just dispels the dark clouds that he has allowed to gather within himself, light will happen. The Festival of Lights is just a reminder of that. ~Sadhguru #Imagination artwork #goldentemple #diwali #harimandirsahib #sikhtemple #sikh #sikhism #bandichordivas #chineselanterns #imagination #adoberisingstars #sikhexpo #happydiwali #instagram #photoshop_creative #ps_fantasy #indianphotography #indianphotographyclub #bestvacations

While the picture was garnering countless likes and shares, the fact that it is a ‘photoshop creativity of the creator, Navkaran Singh Brar, got lost and we all took it for real. 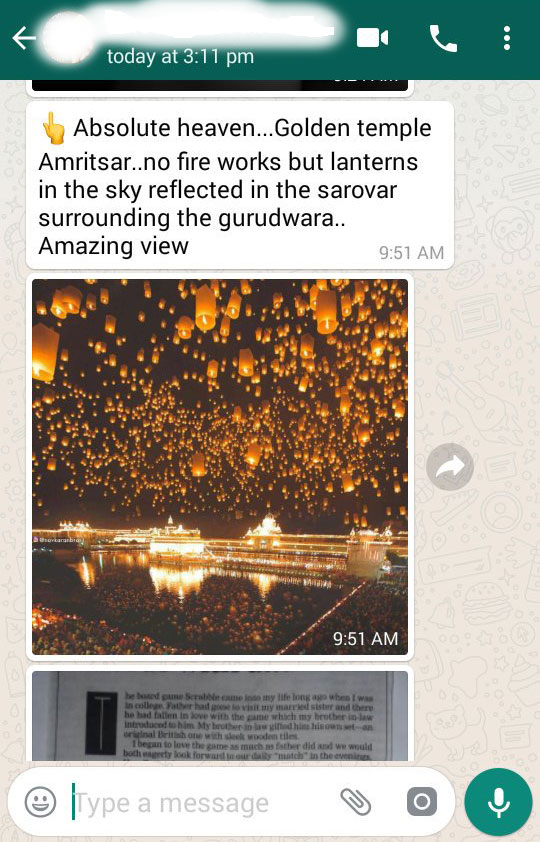 We loved it, we shared it, we went gaga over it…