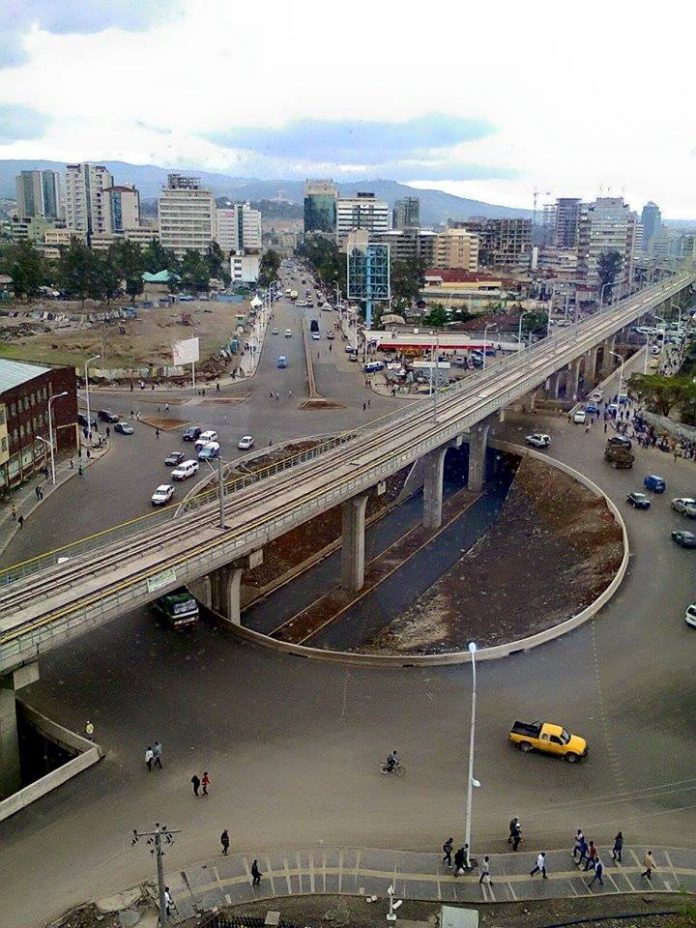 Of the many travels that I have done, my most distinguished till date has been to the country at the horn of Africa, Ethiopia. Walking through the streets of Ethiopian cities, it is hard to believe that the country was once in the grip of the worst famine and economic crisis known.

My travel through Ethiopia started from the heart of the country, its capital city, Addis Ababa.

An odd sense of creativity, I saw this fire alarm put up on this poster at Addis Ababa airport in Ethiopia.

Addis Ababa is rightly considered the capital of Africa and this city has tried to make and keep up with that reputation. Though it is not the largest city of Africa nor is the most centrally located but some factors have worked to make it the most distinguished political city of Africa.
Addis Ababa which means “new flower” has its own independent charm which makes it feel different to the other African cities. One reason is that Ethiopia is the only African country which was never colonized, a fact you would hear very often from the people of Africa, though it was briefly under Italian occupation and influence. It is the only African country to have an independent standing in world politics. Another reason is that it sided with the allies in second world war and made its contribution by fighting against the Italians. As a reward, the formal Italian colony of Eritrea was occupied by Ethiopia for five decades. 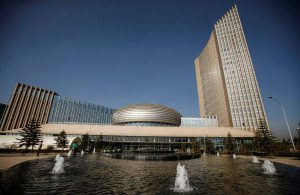 Addis has more than 100 embassies and consular missions which have enabled it to serve as the venue for international conferences. Addis Ababa has the highest of Embassies concentration in the world after New York, Washington and London and it is now becoming a key economic and political city of the African continent. Therefore, it is often referred to as “The political capital of Africa” for its historical, diplomatic and political significance.

When the Organization of African Union (OAU) was disbanded and replaced by the African Union (AU) in 2002, the then administration of the city honored this by naming its streets after African countries. The most important road of the city is the Africa Ave is known by many people as “Bole Road”.

Tourism is a fast-growing industry of Addis Ababa and Ethiopia. The country has seen a 10% increase in tourism over the last decade, subsequently bringing an influx of tourists to Addis Ababa. In 2015, the European Council on Tourism and Trade named Ethiopia the #1 tourist spot in the world. And indeed, it’s a very interesting country to visit.

The metro train in Addis Ababa is of great significance not only to Ethiopia but to Africa as a whole. This is because Addis Ababa as a chartered city it has the status of both a city and a state, is often called the capital of Africa because of its historical diplomatic and political significance to the continent. The Addis metro is the first metro to be built in sub-Saharan Africa. This is a great achievement in itself. Presently the metro has two lines of 31.6 kilometers with 39 stations. 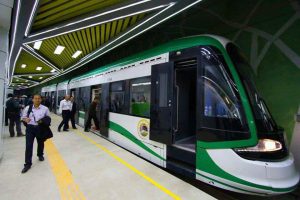 This metro was built by the Chinese and it is operated by the Shenzhen Metro Group. So, it wasn’t a surprise when I was told that the project was conceptualized, planned, constructed and opened to public in just three years on 20 September 2015. Just to draw a parallel, the Mumbai metro, built by Reliance group, took two decades to build one line. The Chinese also built the crucial Djibouti Addis Ababa railway line for Ethiopia in record time. All major road, building and other projects in Ethiopia are undertaken by Chinese company. China is indeed bridging the development gap in Africa. 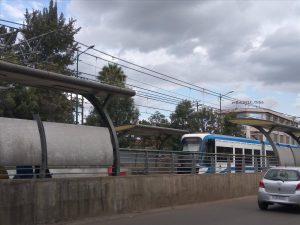 One thing I liked about this metro is its ticket price. It is undoubtedly the cheapest metro in the world. Price was around 5 Indian rupees for short distance to Rs. 17 for farthest distance, which is around $0.27. So, it is intentionally made for the masses. Fares are kept very reasonable so that it becomes accessible to all.

A Gem so rare

As a gemologist, it is the opals which had originally drawn me to Ethiopia. A small discovery in 1994 put Ethiopia on the worldwide gems map. This was followed by few major discoveries in 2008 and 2013. 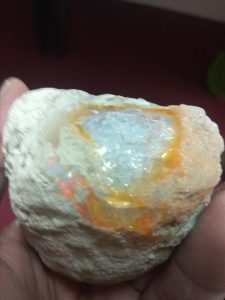 These are now producing beautiful precious opal, fire opal, and black opal with spectacular play-of-color in a variety of patterns and body colors. In Ethiopia I was fortunate to see many types of opals and observing so much variety was a great learning experience for me which I thoroughly enjoyed. 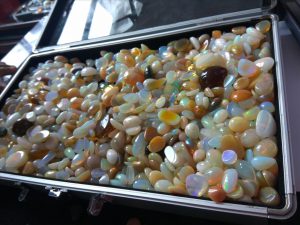 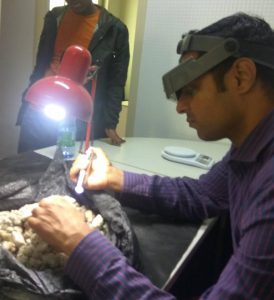 What’s in the name

During my stay at the Afropolitan hotel, I saw a building not far from my hotel, called the FRENCH KISS BUILDING. 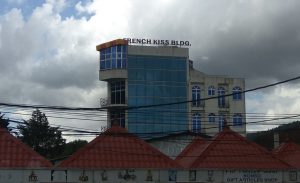 Amused by its name, I went to see it and discovered that it was a commercial building. It was occupied by many business houses of the likes of IT companies like Epion Computer Solutions, tour operators like Aisha Tours Ethiopia. Excited by its unique name, I enquired if I could rent it for my company, and I was surprised to know I could!! Though a nice building in central business district, very accessible and unique but on second thoughts, having one’s business address as “French Kiss” quite scandalous.
If someone goes to Addis and wants to check out this building then the address is – French Kiss Building, Equatorial Guinea St (22 Mazoria Road) Addis Ababa, Ethiopia

The city offers many fun activities including a lot of spas. In fact, it is fondly called as “The spa capital of Africa”

My adventure through this beautiful and diverse country continues and so will my account for some interesting facts and discoveries. The Ethiopian saga continues with some intersting food and coffee.. stay tuned