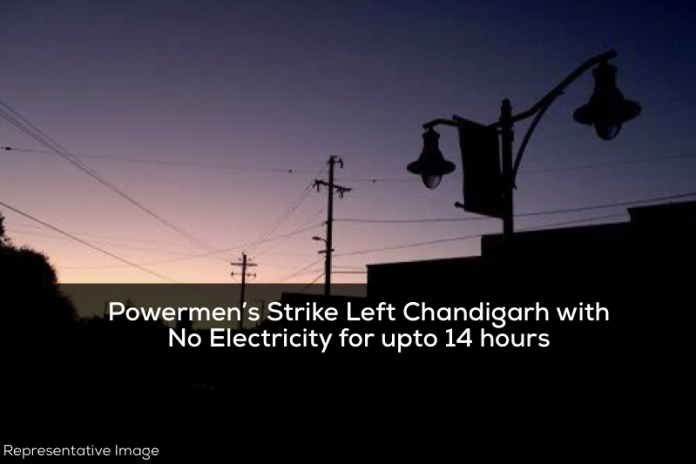 One-day strike called by the electricity department employees caused major power supply disruptions in Chandigarh. Over 400 such complaints were reported on Thursday.

Chandigarh administration’s move to privatise the power distribution in the city has not gone down well with the employees and they had given a call for strike.

Though the administration had warned against going on strike, however, it largely went unheeded as more than 90% of the field staff didn’t report for duty, as stated by department officials. Unions claimed nearly 100% employees took part in the strike from 11pm on Wednesday to 11pm on Thursday.

Already, nine companies have expressed interest in participating in the bidding process of power distribution privatisation. Employees state that the department is in profit and should not be privatised.

Administration had warned against going on strike

On Tuesday, the Chandigarh administration had warned the employees of strict disciplinary action if they join the strike. It had also said that the principle of ‘no work no pay’ will be implemented against the erring employees.

UT adviser Manoj Parida reiterated on Thursday that no pay will be given for the day in cases where employees abstained from work. On the allegations of possible sabotage, he said, “If such cases are detected, strict action will be taken.”

However, Gopal Joshi, general secretary, UT Powermen Union, denied the role of union members in large-scale power disruptions in the city and held faults due to overnight rains responsible. He said, “Overnight rains led to faults at several places. With our members on strike from 11pm on Wednesday, these faults couldn’t be rectified. Hence, power supply was affected in many places.”