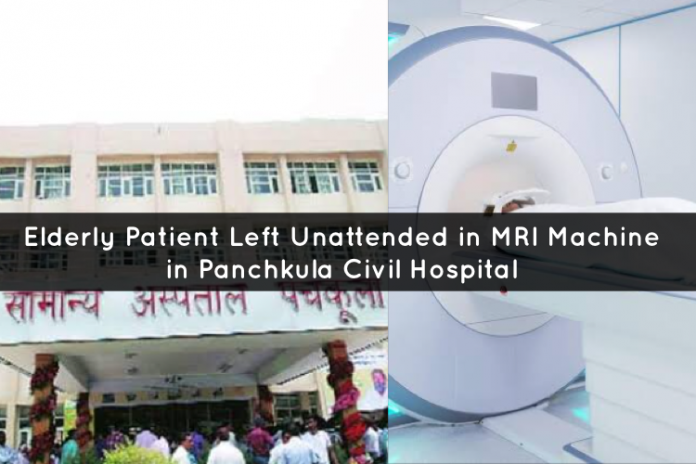 A case what can be seen as gross negligence has come to fore from Civil Hospital sector 6 Panchkula, where a 59-year-old man was allegedly left inside the MRI machine unattended. On Tuesday, the hospital administration accepted that the radiographer concerned didn’t pay attention in the last few minutes of the MRI scan.

What was the grievance?

Ram Mehar Singh, the complainant, said he could have died in the MRI machine. So he broke the belt to get out.

He registered a complaint to Haryana’s Health Minister and Director General of Health Services, besides the Sector 5 police station. Thereafter, the committee submitted a final report. Demanding explanation on lapses, the Civil Hospital will serve a show-cause notice on the MRI staff. A final report will be submitted to Suraj Bhan, DG (Health).

What are the authorities saying?

Dr Yogesh Sharma, Civil Surgeon, Panchkula Civil Hospital, said that in the last few minutes, the radiographer got engaged with another patient. Singh started to panic and complained of breathlessness. He claimed not being informed about the use of a panic button. This can be pressed in case of an emergency. On the contrary, the staff said that the patient was instructed before they put him into the machine.

What was the incident?

Ram Mehar is a resident of Sector 21, Panchkula. He had gone to the Civil Hospital on Sunday for a shoulder scan. After tying him with a belt, doctors slid him into the heavy barrel machine. An accurate report could not be generated even after three trials. So the doctors put him inside again and broke for lunch, reportedly. He was allegedly left in the claustrophobic magnetic tunnel for thirty minutes. Ram Mehar raised an alarm when he sensed no one around. It was only after he realized nobody is coming to help that he tried to break the belt.

Earlier, a three-member committee of the Civil Hospital, Panchkula denied allegation post carrying out a preliminary investigation. Based on statements and CCTV footage, the report stated that there were no lapses on the part of the centre staff.

The centre is being operated under a Public-Private Partnership. Facilities, including staff, are being provided by the company.