Home Latest News Chandigarh & Around Don’t Be Taken for a Ride – Know Your Rights When Faced...
Facebook
Twitter
WhatsApp
Email 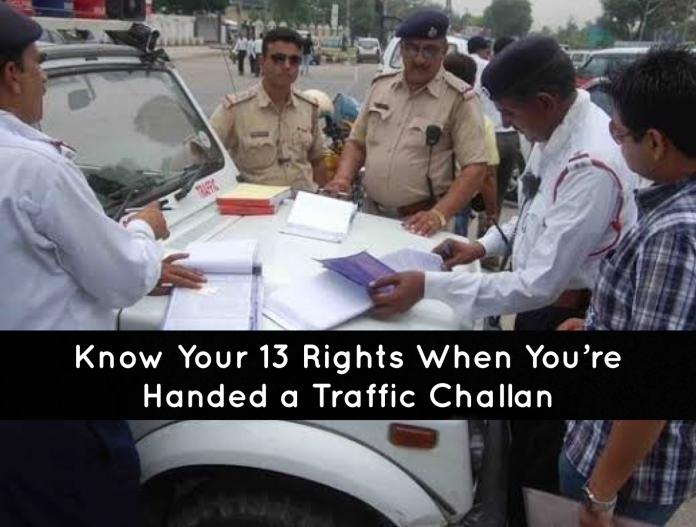 The recent implementation of the Motor Vehicles (Amendment) Act, 2019 has given rise to a debate about its high penalty rates. This new set of penalty was enforced to ensure that people comply with traffic rules. Fines can be issued in cases of invalid insurance or pollution under control certificate, unclear display of number plate, driving without a license, overloading, driving without helmet, jumping red light and improper parking.

Some of the traffic rules led to hefty fines being imposed on violators. A truck driver was penalised Rs 59,000 in Gurugram. Another man was charged Rs 23,000 whereas his scooter was for just Rs 15,000. This trend of huge fines has induced fear among people. Hence, you should be aware of your rights.

Following are the rights on road that you hold:

These rights may bring some mental peace to you. Rest, follow traffic rules.