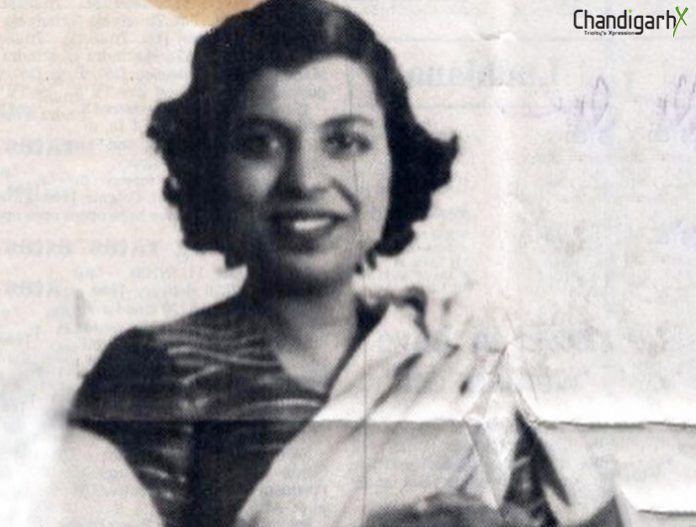 Chandigarh has been touted as the New Age urban planning and architectural marvel. And definitely the credit goes to Le Corbusier. But, we definitely cannot overlook the zealous and visionary team of world-class architects and planners he had- Pierre Jeanneret, Maxwell Fry, Jane Drew, and Urmila Eulie Chowdhury, India’s first qualified woman architect.

An extraordinary phenomenon she was!

The philosophical variables of The City Beautiful may have been defined by Le Corbusier, but the form and design of Chandigarh’s architecture is attributed to Urmila Eulie Chowdhury.

A pioneering architect and designer contributed to the making of Chandigarh, right from planning the bricks and mortars to laying the foundation of cultural activities. Eulie’s novel ideology of working didn’t just transform the city, her designs also defined India’s modernist heritage.

Eulie worked as a senior architect in planning and construction of Chandigarh. She went onto help prepare detailed drawings of Geometric Hill, Tower of Shadows and Martyrs Memorial. They are all standout modern monuments in the city today.

She worked on the design of  ministerial houses and many educational institutions in Chandigarh. Apart from this, all the furniture in the buildings of the Capitol Complex, Panjab University’s Gandhi Bhavan, library building and the Guest House had been designed by her, as per an article by Sumit Kaur in 1996. Considered to be of heritage status designed by Le Corbusier and Pierre Jeanneret, it is relevant to mention here that this furniture is being allegedly smuggled out of India.

She was captivated by the use of brick and white-washed surfaces. Simple, minimal and economic!

Led the team that designed the Talwana Township, Adarsh (model) schools across Punjab and cotton spinning mills in Kothapura and Markfed.

She was born in Shahjahanpur, Uttar Pradesh in 1923. Eulie grew up in a cosmopolitan Anglo-Indian household. Her father was a globe-trotting diplomat. This earned her a Cambridge School Certificate from Kobe, Japan. Later, she studied architecture from the University of Sydney. She was working in the United States until 1951. Eventually she returned to India after discovering an opportunity to work with Le Corbusier in designing Chandigarh from scratch.

What sets her apart

Eulie’s work that exemplifies simplicity at the same of boldness has set her apart from the stalwarts she was working alongside.

Sarabjit Bahga writing for World Architecture says, “Eulie’s architecture had the ingredients of purity, simplicity, truthfulness, humbleness, minimalism, and economy. An overview of her buildings proves the above discourse true. She was more fascinated by the use of brick on external surfaces, occasionally punctuated by plastered and white-washed surfaces. Unlike Le Corbusier, she very rarely designed buildings in exposed concrete.”

ChandigarhX admires such an outstanding personality. She was a pioneer for women in the male-dominated field of architecture.

Why Are Hill Stations Paying A Big Price Of Being Top Tourist Destinations?