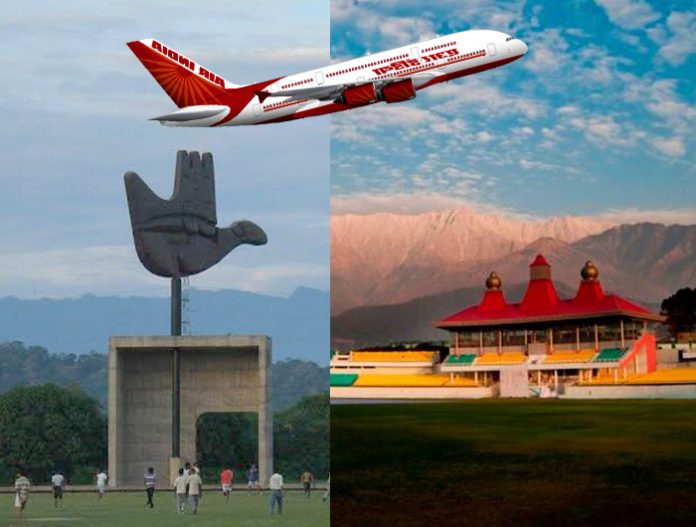 In a big boost to the tourism industry, hill station Dharamshala will be connected to Chandigarh by air for the first time. The development has come under the Government of India’s regional connectivity scheme.

When will flight operations begin?

Millen Gurung, Station Manager, Dharamsala airport, said that the flight will start November 16 onwards. This will be another flight to the Air India crew. Presently, two Air India flights were operating from the Gaggal airport in Dharamsala.

Overall, there are four flights to Delhi- two by Spice Jet and two by Air India.

Millan added that this will be a 70-seater routine flight.

It took around six hours to reach Chandigarh via road. Now, the air travel would reduce it to one hour trip. Thus, many people would like to visit the area.

What will be the airfare?

Dharamshala-Chandigarh flight was a long pending demand. The airfares on this route are likely to be low.

Travel portal MakeMyTrip is already booking tickets for this flight. According to travel portals, the one-way cost of the ticket was ₹1,712.

What is the tourism industry’s response?

Ashwani Bamba, who is the President of the Hotelier Association in Dharamsala, said that this will boost tourism from Punjab and Haryana to the Dharamsala region. They were hopeful that this would further promote the destination.

Sanjeev Gandhi, General Secretary, too welcomed Air India’s decision to connect the city with Dharamsala. However, airfares should remain low, he added. Even if Delhi is connected with the hill destination by air, fares were among the highest in the country.