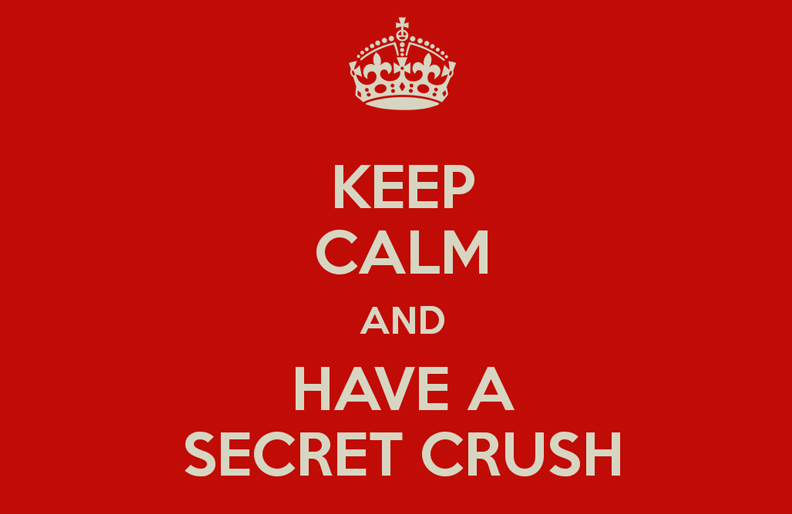 Is it acceptable to have a crush on someone after talking for just a day?
If it’s been an year of fawning over a guy, is it love?
Who decides the rules?

My friend had legit drunk texted/audio-ed her crush. Thankfully she didn’t say anything inappropriate. (Is calling a guy cute okay?)

One thing I know about girls, once a girl starts liking you she and her friends got you on 24-hour surveillance. They even do shifts.

Nevertheless, here are a few types of crushes you would relate to if you share my craziness.

When I was in 9th standard my two best friends and I had a crush on a guy who was our senior. Our love story ended with a torn love letter and three broken hearts. As hilarious (and absolutely humiliating) that sounds, it was just an infatuation and it ended without any tears.

The don’t even think about it – Crush

Now, there was a guy in my class who was aggressive, rude and full of himself. I have no idea why I was so attracted to him and I always tried to hide it. It all went away when he told me that he fantasized about raping me.

Probably the only time I went crazy after a guy, I had (using the past tense just in case he reads this) a huge crush on a person who was absolutely out of bounds (friend of an ex). Calling him hot would probably be a big understatement.
All my girlfriends knew about him, and whenever I used to start talking about him I was beaten with chappals. I saved all his pictures, fan-girled over him with all my girls and imagined crazy scenarios ending up in him confessing his love for me. Thankfully, he didn’t block me.

The one teacher you want to do

Every school/college has that one teacher people are crazy about. These teachers are young and hot and immediately become the favorite of every student. They are a big reason to why there are fights over the first benches.

He’s cute, uses proper grammar, loves FRIENDS and is nice to you. Why would you not have a crush on him? Do not care if you met them just days before, go ahead and do a Joey.

This person posts the most beautiful pictures and shares memes that you connect to on a deep level. They are attractive and sarcastic.

Need I say more. Everyone loves her.

10 Funny Pickup Lines To Use On Your Crush!

10 Funny Pickup Lines To Use On Your Crush!