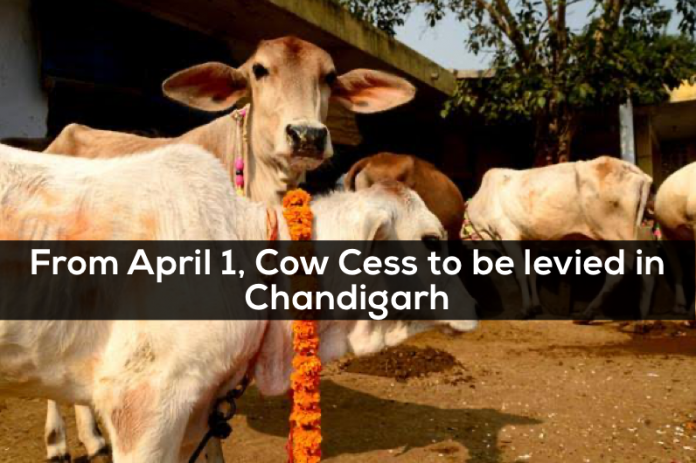 Get ready to pay more for electricity, buying liquor and vehicles in the city as Chandigarh administration has imposed cow cess on these services. On Thursday, the administration notified the following additional amount on purchase of the following:

The order will come into force from next financial year beginning April 1, 2020.

The notification has been issued after Punjab Governor and UT Administrator VP Singh Badnore’s approval to the civic body proposal of levying cow cess in the city. The power of which is conferred under Section 7 of the Punjab Prohibition of Cow Slaughter Act, 1955.

It has been over six months after which the cow cess has been notified. Earlier, MCC discussed and passed the said agenda item in Chandigarh. Later, the matter was sent to the administration, which deliberated the issue with the Ministry of Home Affairs. Now, post the approval of UT Administrator, the notification was issued.

The MCC eyes annual income of Rs 18 crore. It will be allocated towards care, management, infrastructure and development of cows. The UT Registering and Licensing Authority will collect the cow cess. Similarly, the Excise and Taxation Commissioner and electricity department will collect the cess.