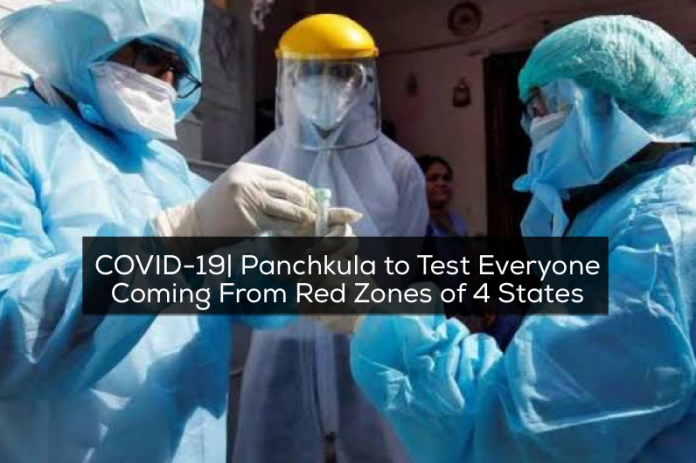 With sudden increase in Covid-19 positive cases in Panchkula, the city administration has decided to screen everyone coming from red zones of four states viz. Delhi, Maharashtra, Gujarat and Uttar Pradesh.

The decision has come in the wake of majority of the new cases being of those having travel history.

Dr Jasjeet Kaur, civil surgeon, Panchkula said, “We have seen a sudden surge in Corona positive cases in the district. But all of these patients have a travel history. Someone returned from Delhi, some from Maharastra, Kolkata or other states.”

“Most of the cases were identified during screening of people returning from other states, but some themselves reported at the hospital,” Kaur said.

Only aggressive sampling was the way out. “Earlier we were not taking samples of people returning from the four states, but from now each person coming in from Delhi, Maharashtra , Gujarat and Uttar Pradesh, will be sampled,” Kaur added.