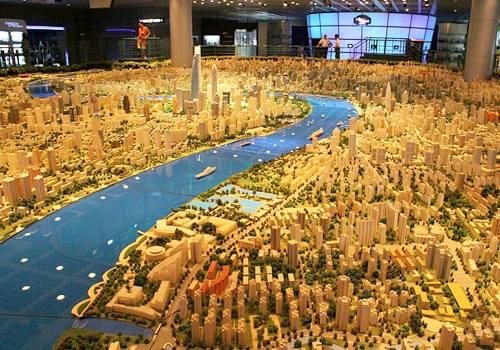 I visited the Shanghai Urban Planning Exhibition Center which is located on People’s Square, Shanghai. This beautiful and massive building is a significant window to Shanghai to introduce itself to the people of the world. The chronological development of Shanghai in the past is displayed here with hi-tech audio and visual aids. Very well presented, it has a massive large scale model of entire urban Shanghai. The exhibit here mainly emphasises the coming 20 year’s planning of the development of the city. This is demonstrated with the help of comprehensive high technology installations. The way information is presented in this museum is the best I have ever seen. It even has a three-dimensional model of the underground geology of Shanghai. So you can see the areas which have hard or soft soil, under ground water channels, etc. 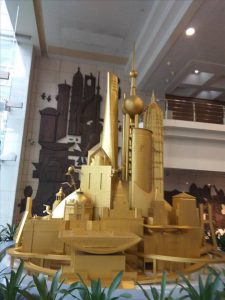 On visiting this exhibition, what I understood was how much effort the city planners, the Government of China and its citizens have put in to make Shanghai with complete modern amenities and a booming metropolitan city in future. There is a showcase on the futuristic ideas for the city. It has all sorts of bizarre descriptions, never been put forward anywhere in the world, like the city inside a giant dome, floating cities, garden cities, cities with layers piled like containers etc. So all kinds of ideas displayed and plans on how it can be useful for Shanghai in future. No idea is a bad idea. And they are ready to experiment with everything. 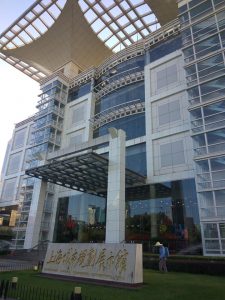 The exterior of this building is of great aesthetics with an unusual design. The four steel shell-shaped pieces connected on top are meant to look like the blooming magnolia flowers- the city flower of Shanghai.