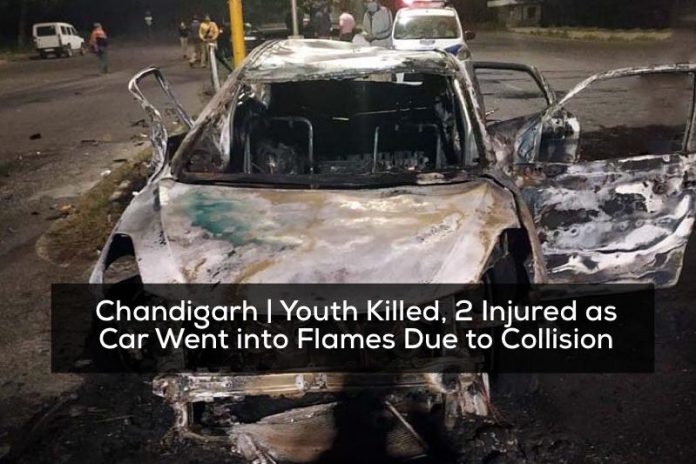 In a heart-wrenching car accident on Friday late night at the Sector 28/29 and Industrial Area light point, a 16-year-old boy was killed.

The deceased, Akashdeep of Gurdaspur, and his two friends, Dalip and Vishal were in the car when it collided in another car and went into flames. All three were rescued by the passersby to Government Medical College and Hospital (GMCH) Sector 32, where doctors declared Akasdeep as brought dead. Rest two have survived with serious injuries.

Akashdeep and Dalip had come to celebrate Vishal’s birthday in the city.

Police and fire department rushed to the spot. An investigation into the matter has been initiated at Industrial Area police station.