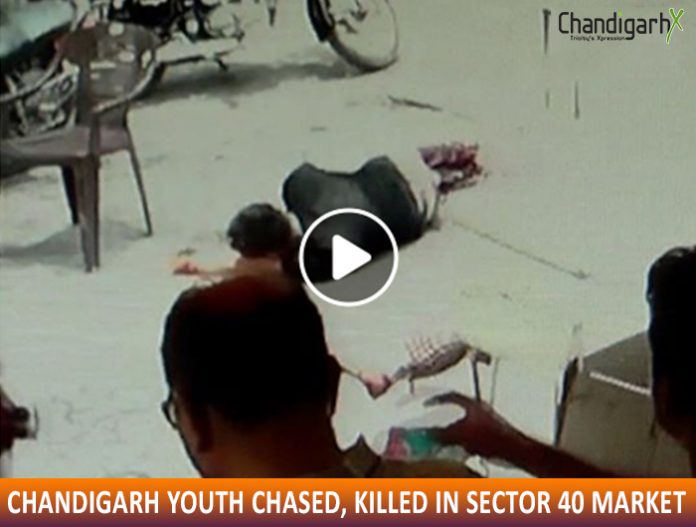 With the increase in heinous crimes in the city, lack of fear of the police force seems to be one of the valid reasons. Allegations of unconcern, inability and corruption are all means to show public anger. Since the police are the custodian of the society, the onus is on them to ensure safety of each citizen. In one such rare incident, around four or five people killed a 27-year-old man to death in Sector 40 market. They were armed with swords and knives.

Amit Katoch, a resident of Kharar, Mohali, had come to the market to meet his friends. It was around 11 am when he was chatting with them. Around 12:30 pm assailants flashing swords in their hands reached the spot. Katoch ran to a sweet shop to save himself, but the attackers chased him down. The episode took place in complete public view. Nobody came forward to save him.

He received injuries on his head, chest and stomach. A PCR (Police Control Room) took him to PGI, where doctors declared him brought dead.

Katoch worked as a car dealer. He used to purchase and sell old cars. He was the youngest among four siblings and unmarried.

Sumit Katoch, brother of the victim, accused Rajat Tiwari, a resident of Sector 40, along with accomplices of the killing due to an old enmity.

Police registered a case under sections 302 (murder) and 34 (acts done by several persons in furtherance of common intention) of the Indian Penal Code (IPC) against Tiwari and others. CCTV footage has been collected from the market to identify the accused.