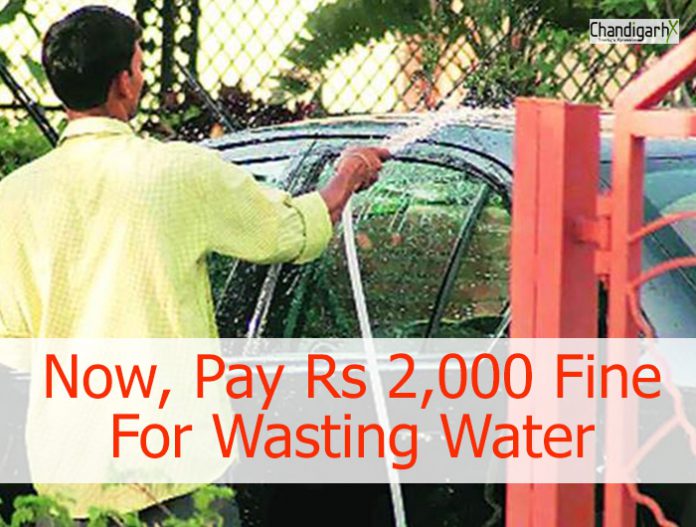 With rising temperature, the demand for water in Chandigarh is increasing. Watering of lawns, courtyards, washing of cars and other vehicles using a hosepipe are all activities that require endless supply of water. All this, during the early hours, restricts water flow for the remaining part of the day. Under the annual summer drive, the Chandigarh Municipal Corporation has come up with a strict multi-pronged solution to check water wastage. A fine of Rs 2,000 is imposed on those wasting potable water. Starting April 15 to June 30, the people of Chandigarh will be challaned if they do not discontinue doing so.

What Does The Statement Say

K K Yadav, Commissioner, Municipal Corporation, has said “different kinds of violations with varying degrees of penalties have been drafted. The residents are prohibited watering lawns, washing cars, courtyards, between 4 am and 8 am. Additionally, any other means of wasting water like leakage, overflow, and use of booster pump directly on the water supply line and non-installation of bib taps will invite fine.”

According to the statement issued by the commissioner, “Due to an increase in demand of drinking water in the summer, watering lawns, washing courtyards and vehicles, etc. in the morning water supply hours is prohibited. Consumption of water for the following actions/reasons shall be considered as wastage.” In addition to Chandigarh, the Greater Mohali Area Development Authority (Sectors 66 to 80) is also set to impose similar restrictions from May 1.

The violator will have to shell out Rs 2,000 as fine. This will be paid from regular water bills. Additionally, any other materials used, like hosepipe or booster will be confiscated by the MC. If the violator repeats the offence even after getting penalised, their water connection will be suspended without prior notice.

You can post pictures or videos of violators on WhatsApp of the civic body team officials. 12 teams are conducting the drive. A Sub Divisional Officer will head each team. He will hand over the challan to the violator on the spot. Reportedly, the demand reaches 116 MGD in summer. The city is at present getting only 85 MGD.

Water is an ever-precious commodity. The need for clean drinking water only increases during the summer season. ChandigarhX applauds CMC’s move and at the same time, urges the citizens to conserve water for the coming days.