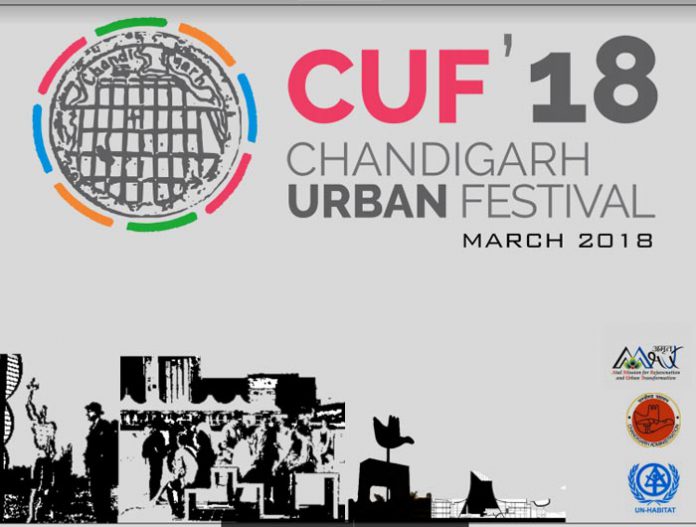 Chandigarh Urban Festival ’18 is all set to commence. Its sole purpose is to celebrate Chandigarh as an architectural wonder. A brainchild of Le Corbusier and his cousin, Pierre Jeanneret, the city beautiful boasts of the best urban planning in the country. India’s first Prime Minister Pt. Jawahar Lal Nehru, wanted Chandigarh to be a model city and it has certainly served its purpose.
But, just like all the Asian metropolitans, Chandigarh has been facing the problem of an ever-increasing population. Chandigarh infrastructure(including Panchkula and Mohali) was never planned to contain it such huge population. The way real estate has been a hot cake in the city and its outskirts in last few years shows the imbalance between demand and supply here. It has left Chandigarh residents grappling with urban space problems.

So What can be Done in This Regard?

Community and urban spaces are one of the oft-neglected areas in the present-day planning of Chandigarh. Rampant urbanization has left Chandigarh cramped for space, resulting in traffic congestion and depletion of ecological cover in the Tricity. To counter these problems mentioned above, urban planners, architects and academicians are going to come forward to brainstorm on problems and devise solutions.
To accommodate this congregation, Chandigarh Urban Festival (CUF), is scheduled to be organized. Chandigarh administration, Punjab and Haryana state governments, UN Habitat and other organizational and infrastructural planning bodies are associated with it.
The whole discussion will be carried out in two phases. The first phase will commence in March 2018, where the focus will be on the ground realities and factors that are in play presently. Phase 2 will focus on the future of Chandigarh’s future through a series of thematic papers, tie panel discussions and workshops.

What’s more, the residents of Chandigarh get a chance to put forth their opinions and contribute to the betterment of the Tricity.In fact, you need not put in an effort for voicing your opinion. You can share them here with ChandigarhX.

It is a 3-day event which will begin on March 10 and will conclude on March 12, 2018. The highlights of the CUF will be –
Chandigarh has always been a crown jewel of Indian architecture and urban planning. Let’s hope CUF aids city beautiful in retaining this coveted title by serving its purpose.
ChandigarhX is proud to be associated as Online Media Partner of Chandigarh Urban Festival 2018.
—>CUF’18 website: www.chandigarhurbanfestival.com
Follow CUF’18 on Facebook for updates.
Share on Facebook Share
0
Share on TwitterTweet
0
Send email Mail
0
Total Shares