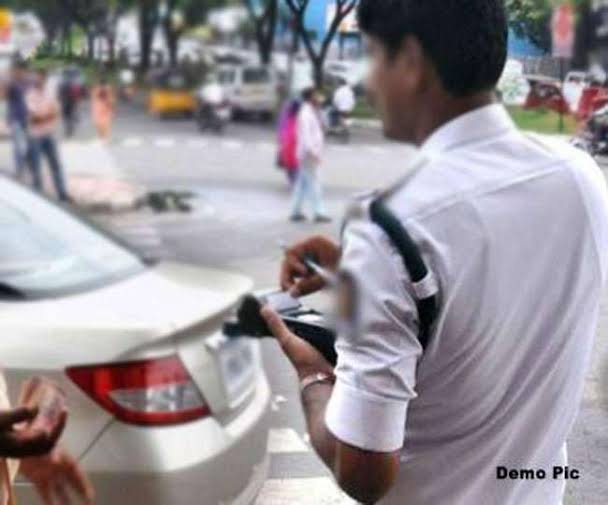 Be prepared to shell out more for traffic offences, as the UT traffic police has introduced another penalty for common traffic offences in Chandigarh. The new fine will be effective today for lane driving violation and wrongly stopping vehicles on Madhya Marg, Dakshin Marg and Udyog Path. However, no prior arrangements are in place.

Due to recarpeting, most of the roads don’t have signboards and markings for lane driving. So, no challan would be issued on such toads with no marking.

Earlier, before the drive could start, it was decided to make proper signage. A penalty would discourage to stop for a phone call too. But, looking at the current situation, the police had clarified that drivers could stop for phone calls on slip roads. They should be cautious of not blocking the way of others. As per the officials, residents were complaining of motorists, like autos were making a halt on roadsides blocking the entrance or exit of slip roads.

As per Motor Vehicle Act, Section 177 stated that first time offenders will pay Rs 500. In case of subsequent offence, Rs 1,000 would be levied.

While the announcement was made on January 13 in which the traffic police said that they would start enforcing traffic rules for vehicles stopping or parking on roadside of main roads. These include namely Udyog Path, Dakshin Marg and Madhya Marg. Such vehicles block left turning lane at traffic intersections, thus, violating lane driving.