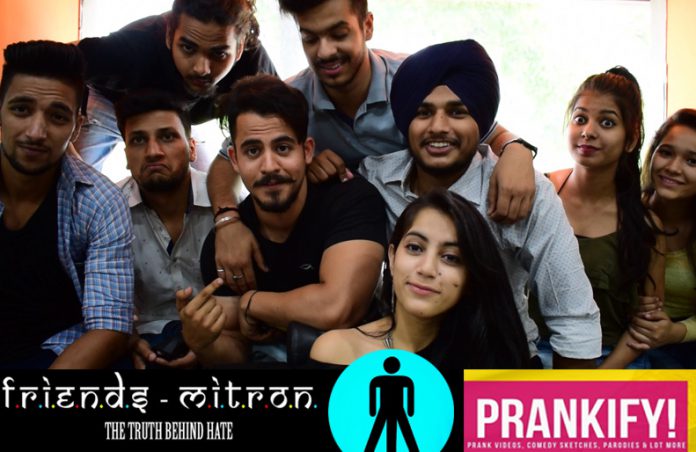 Chandigarh – admire it for its serene beauty if you may, but brace yourself for Chandigarh’s Gen-Next, a smouldering powerhouse of fanatical passion, infectious energy and sheer talent!

Here’s a gang of young Chandigarhians brought together by their zeal to make their mark in this world on their own terms and in their own way.

Manjul Nagar – a young boy with a bollywood-style life story of fighting the odds, who with his nasty grit turned his critics into his followers. His journey from ‘fat to fab’ is an inspiring one with lessons on making the criticism targeted at you into your motivation to push even harder. He has many envious titles like Mr. PUNJAB Encore 2015, Mr. NORTH INDIA BODY WITH BRAINS 2016,  Mr. PUNJAB Fusion 2017, finalist of MTV Roadies-Rising Battleground in his kitty. And, he is a self-established entertainer.

Last year, he created a YouTube Channel ‘Prankify’ with fun videos and his social experiments to show the world a glimpse of its unconscious self.

The success of his ‘Prankify’ encouraged to widen to create more videos, but this time showcasing new talents. Early this year, he created another YouTube Channel ‘Teesri Taang’ to make vines to tickle his viewers’ funny bone.

Treading ahead, he and his team is ready with their venture, a web-series, FRIENDS-MITRON-The Truth behind Hate. It is a ‘dramatically funny-cum-suspense’ story of five friends in Chandigarh. Their life is a jolly ride until a girl enters their lives making their world upside-down. Expect laugh riots, drama, fights, break ups, love triangle and many many more from FRIENDS-MITRON.

Sparsh Goel, a known face in YouTube in his own might, is the brain behind this web-series.

FRIENDS-MITRON has brought together the best of names in different walks of life to make FRIENDS-MITRON possible. From I-style Lounge to The Light Ear and Clapperboard Films, all have been associated with the web-series. 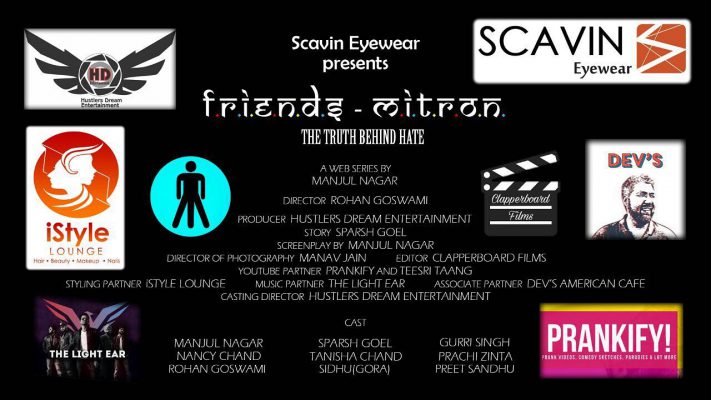