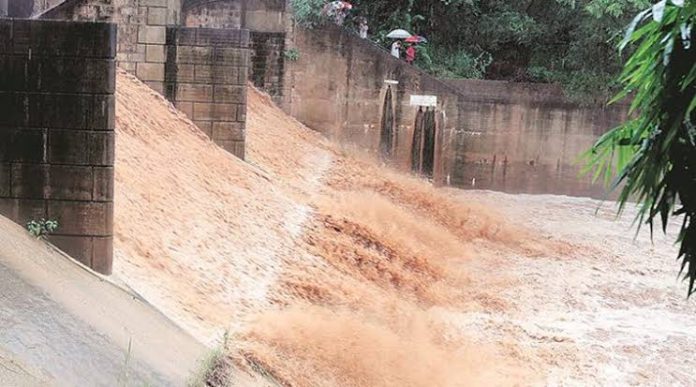 The two floodgates of the rain-fed Sukhna Lake were opened at around 3 am on Sunday when it reached the danger mark of 1,163 feet following heavy rain of around 80.1 mm from late Saturday night. The neighbouring areas were taken by surprise and faced a flood-like situation.

This region experienced this type of situation for the first time.

The police post, marriage palaces, municipal park and cremation ground were submerged in water. Vehicles were seen floating in water.

People from the surrounding areas were also seen moving to a safer place with their luggage.

Since water was released from check dams over the seasonal rivulet Patiala Ki Rao, low-lying areas in Khuda Lahora Colony were flooded with water, causing inconvenience to the residents.

On Sunday morning, the Sector 26 bridge was submerged and traffic was diverted.

To ensure the safety of the public, police were deployed on the road near the floodgates & barricades were put up there.

The surrounding area was also closed for the general public.

The neighbouring towns of states of Punjab & Haryana had been informed prior to opening of the floodgates, said an official.

Floodgates were opened earlier too