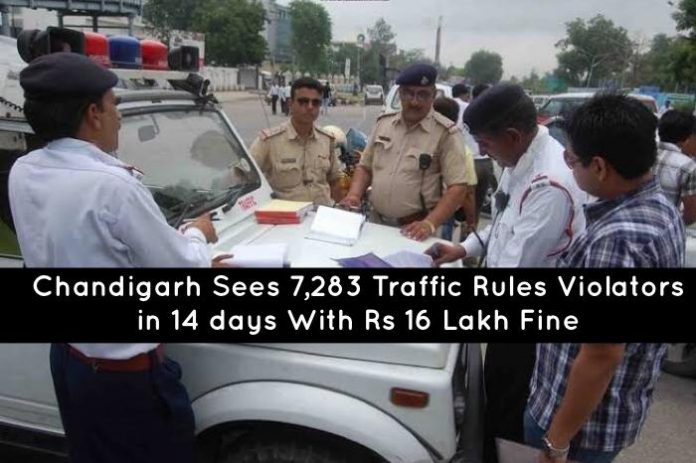 The Motor Vehicle (Amendment) Act, 2019 came into effect on September 1. Since its implementation, as many as 7,283 motorists were challaned in 14 days. The Chandigarh Traffic Police has claimed to have collected Rs 16.85 lakh as a penalty.

As per the data, challans were issued for not adhering to the following traffic rules:

In a rare incident, three cops have been dismissed for allegedly taking bribes from motorists for not challaning them.

Shiv Nath, a resident of Sarangpur alleged that DSP Sondhi allegedly thrashed him as his wife was not wearing a helmet while riding pillion with him. SSP Traffic initiated disciplinary action against the DSP Central Division SPS Sondhi. He issued a displeasure memo for allegedly thrashing the PGI nursing staff member. The incident took place in Sector 22 on Saturday. Shiv Nath was riding along with his wife and two sons.