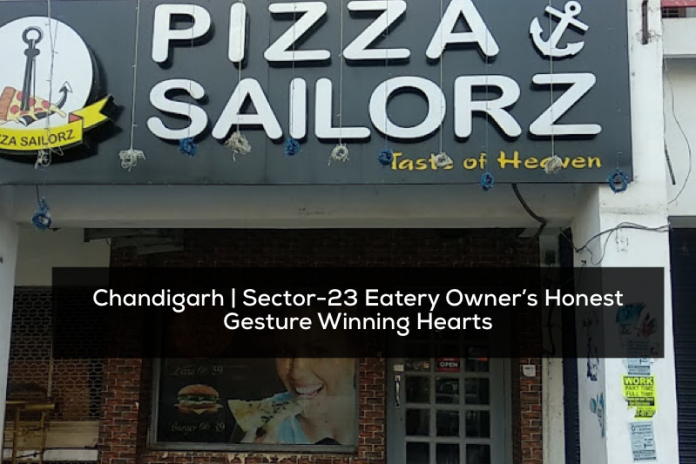 With COVID-19 making gloomy news everywhere, even a single deed of kindness makes us hold on to ‘hope’ as ‘honesty still survives, if not thrives’.

Such an incident happened in Sector-23 where a restaurant owner found unattended purse lying with gold jewellery in it.

The owner of Pizza Sailorz in Sector 23, Chandigarh, Amandeep Singh found a purse ouside his eatery on Sunday afternoon. What he did next gave the glimpse of his examplary honesty. He opened the purse in front of CCTV camera installed outside his restaurant and made sure other shopkeepers were present when he did that.

Nearly 75 gm of gold ornaments were there in the purse worth Rs 4 lakh and he enquired the jewellers around in the market if anyone had any clue about the owner.

As the news of a unclaimed purse with gold spread, many people showed up to claim it but none could exactly tell the numble of items in the purse.

Then, a resident from Dadu Majra who was an artisan working with a goldsmith came to claim it. He gave exact number of items in the purse and even told about Rs 35 in the purse.

Impressed with his good deed, Sector-23 market association has issued a letter of appreciation to him.