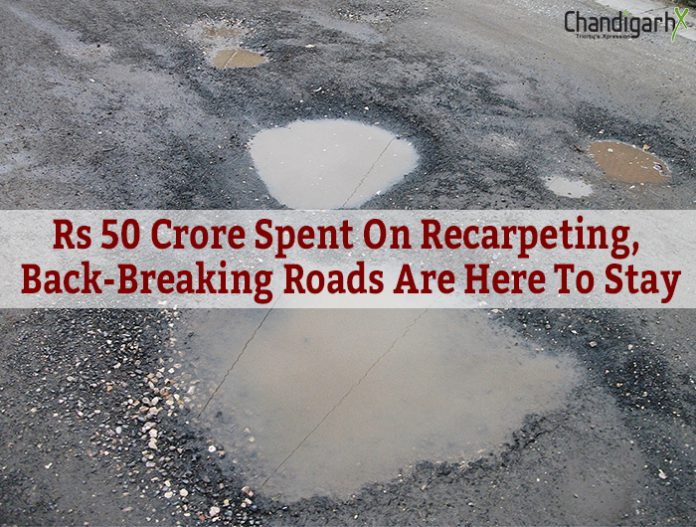 A Tale Of Sub-Standard Work

During the period from 2017-19, a massive amount of Rs 50.73 crore was spent on recarpeting various roads in the city. A similar budget of Rs 32 crore is lined up for 2019-20. On the other hand, the bumpy roads of the city are a sight of poor raw material, sub-standard work, and lack of monitoring.

As reported in The Indian Express, Chandigarh Newsline visited roads which were recarpeted in the last three months, along with a former Punjab chief engineer. They discovered the following:

What led to road quality deterioration?

Roads have never been this bad. But the MC’s decision to undertake the work of recarpeting has come underway the pre-monsoon showers. Water being the biggest enemy of freshly laid bitumen does not allow raw materials to bind. According to experts, carrying out road repair in rain amounts to wasting public money.

Earlier, recarpeted roads underwent a third-party inspection by the Department of Civil Engineering of Punjab Engineering College (PEC) or the National Institute of Technical Teachers Training and Research (NITTTR), Sector 26. Two years ago, the task of giving a quality control certificate was given to the private sector. As per sources deterioration began when inspection of road works was given to them