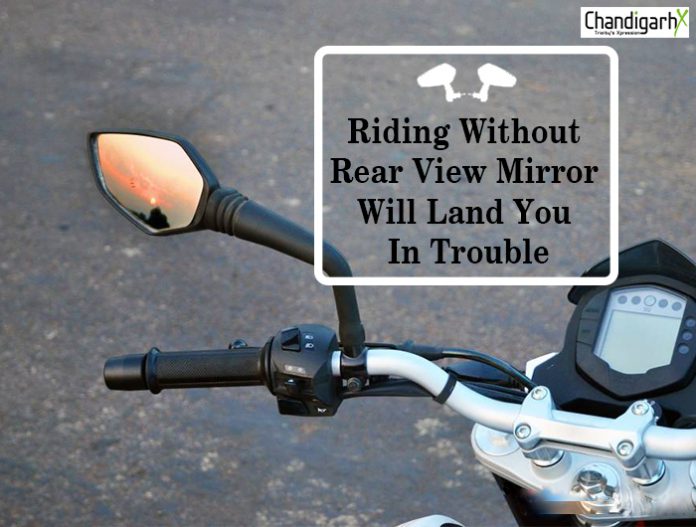 If you are riding or driving without rear view mirrors, you may end up paying fine. In a new initiative recently, Chandigarh Traffic Police is making roads safer for two-wheeler riders.

As per officials, considering the vulnerability of two-wheeler users on roads, rear view mirrors are even more important. Getting rid of them is a bad trend. It is hampering safety of the rider as well as other road users. One glance can save your life. Don’t take traffic for granted. As per Section 177 of the Motor Vehicles Act, challan would be issued to the person not having rear view mirror on their two-wheeler.

In order to create awareness amongst two-wheeler riders of the importance of rear view mirror, traffic cops on ground have been asked to lend a hand along with the police who are already running the campaign through radio. Also, promotion for the same is being done through social sites, and at public places like Elante Mall, Rock Garden, Sukhna Lake and Sector 17 market, among others.

Last year, a meeting of the Standing Committee of the Administrator’s Advisory Council on Traffic Management also passed a rule that drivers of all motor vehicles with their side view mirrors closed will be fined.