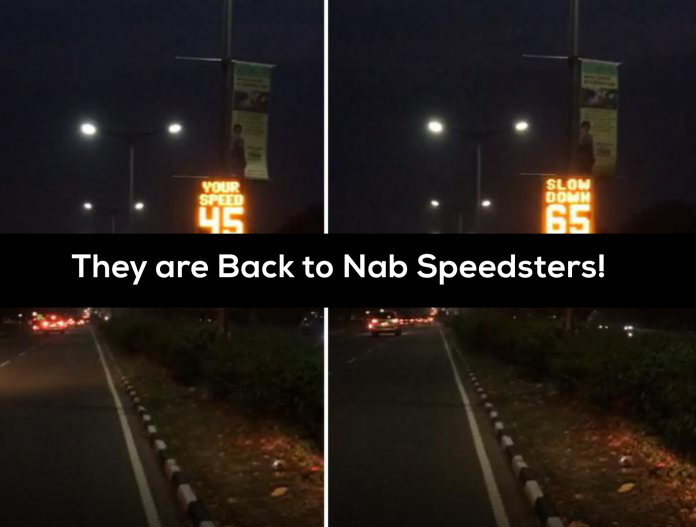 In 2018, high-tech automatic speed sensor digital display board installed at Sector 9-10 road in Chandigarh created quite a buzz in the city. Though installed on trial basis, the initiative was well-appreciated as the signboard shows speed, alerts when cross permissible speed limit, click pictures and guess what? sends the over-speeding vehicle’s picture to officer and the driver gets challaned. So NO COPS in sight does not mean go wild. This Boss is watching you!

Now, after a successful trial for over one and a half years, these radar speed signboards will be installed on accident-prone stretches in Chandigarh.

Chandigarh traffic police have purchased six high-tech speed radar camera systems at a cost of Rs 12.59 lakh for easy detection of vehicles violating traffic rules. One board along with a battery, a control unit and digital camera costs ₹1.77 lakh.

How does the speed radar function?

The radar speed display boards were tested in the city in March 2018.

In the first phase, no challan was issued for over-speeding but now in second phase, the decision of issuing challans based on information from these signboards is to be taken.

As per the road accident analysis wing of the Chandigarh traffic police, 65 percent of fatal road accidents were reported until November 10, 2019. The reason was high-speed motor vehicles in the case of Chandigarh.