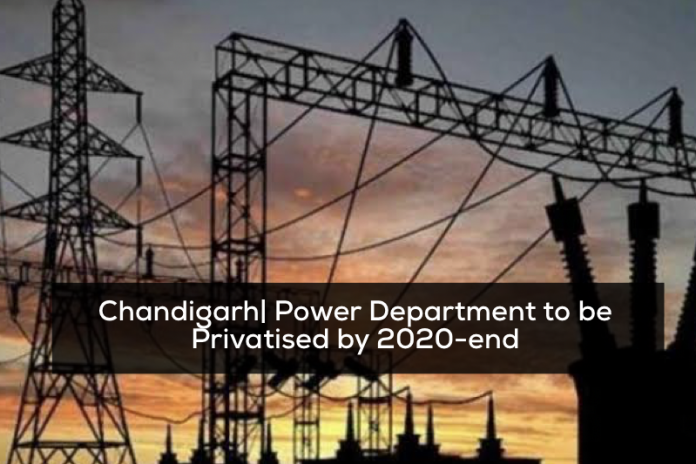 The Power Department of Chandigarh Administration is going to be privatised by the end of this year.

Even though in May, Smt. Nirmala Sitharaman, FM had announced privatisation of power distribution companies in all the UTs, the Chandigarh administration had already initiated the process by that time.

Deloitte appointed as a consultant

The Power Finance Corporation (PFC) had appointed Deloitte, a private consultant firm to prepare a detailed report on unbundling the department.

JERC (Joint Electricity Regulatory Commission), a statutory body had already issued directions to the UT Administration for restructuring and reformation of the department as mandated by the Electricity Act, 2003.

The department will become an autonomous body after privatisating.

The body will be divided into the State Transmission Utility (STU) and the State Load Dispatch Centre (SLDC).

The STU will be responsible for smooth transmission of power and the SLDC will be the apex body for integrating the power system operation.

The government’s move to privatise the department is opposed by some power unions.

Gopal Dutt Joshi, general secretary, UT Powermen Union said this is the profit-earning department of the UT even though it doesn’t generate power.

The power department delivered efficiently despite struggling with man-power crunch and the line losses too were in the range of 9-10%, which is less than the mandated 12% by the Union government, he added.

The Chandigarh administration had assured that employees would not be retrenched and their benefits would be safeguarded.

Regarding apprehensions of tariff hike, the administration clarified that the tariff would be governed by the set criterion and will be regulated by JERC.

The power department serves around 2.47 lakh consumers, categorised in domestic, commercial and other sections.