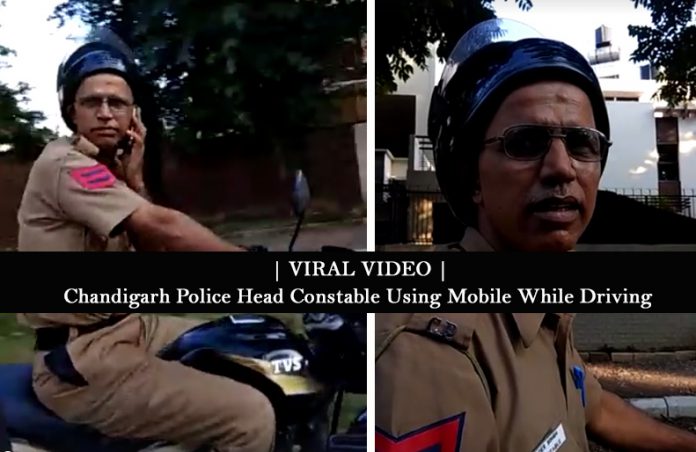 Today, a video is breaking the internet especially in Chandigarh.

A passerby caught on camera a Chandigarh Police Head Constable Surinder Kumar using the mobile phone while he was riding his bike in Chandigarh. When the passerby confronted him, the head constable even slapped him.

The incident happened near Sector 36-37 traffic lights at around 4.30 pm.

The video has become viral over the internet and Chandigarh Police has been tagged in the posts demanding action against him.

Within a couple of hours, action was indeed taken. The head constable has been booked for breaking traffic rules and his driving license has been suspended for ‘no less than 3 months’. 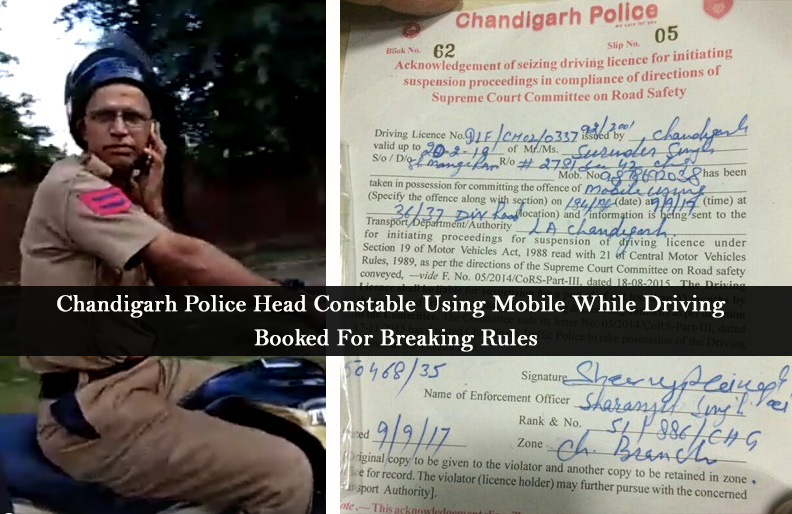